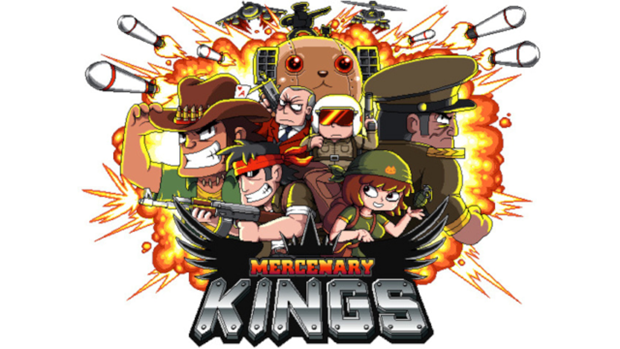 Colour us skeptical but it seems that Tribute Games will be releasing Mercenary Kings on the PlayStation 4 via the PS Store on April 1st. It doesn’t seem to be a joke for now so we’ll just roll with it.

In Mercenary Kings, a side-scrolling 2D shooter, you’ll play as either Empress or King and go on a killing spree on Mandragora Island to rescue Dr. James Neil from C.L.A.W. You can play alone or with up to four players. Tribute Games has experience with such arcade experiences thanks to working on the awesome Scott Pilgrim vs. The World, so it should be a blast here.

Mercenary Kings is about more than just shooting up the bad guys though – you get to choose and assemble your tools of destruction. There are more than 300 gun parts, 100 knives and tons of possibilities for murder. Will you be picking up Mercenary Kings on the PlayStation 4 come April 1st – if it is indeed releasing then? Let us know in the comments.