Konami has confirmed that all European versions of the game will receive the original cyborg ninja's custom skin. 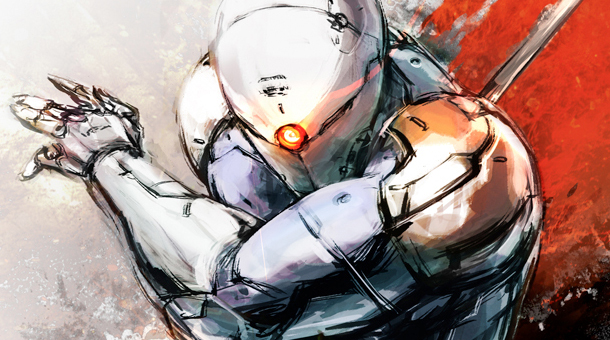 Good news for European gamers – Metal Gear Rising: Revengeance, the story of one man’s gnarly, explosive battle of foot sword wielding and upside down, slow-motion slicing, will also be receiving a certain custom skin on pre-ordering the game. And it’s none other than the original cyborg ninja, who debuted in the first Metal Gear Solid, Gray Fox.

Konami confirmed as much via Twitter where they stated, “For those wondering if the MG Rising US pre-order skin is coming to the UK, don’t worry. It’ll be included in all EU versions”.

Gray Fox is one of the more iconic characters of the franchise, whose rescue was the soul purpose of the original Metal Gear. He betrayed Snake in Metal Gear 2, where he allied with Big Boss and Outer Haven, and then disappeared, believed to be dead. However, he resurfaced in Metal Gear Solid, wielding a cybernetic armour, katana and stealth camouflage. He later died in the game, attempting to help Solid Snake defeat Metal Gear Rex.

MGR: Revengeance is currently set for a February 21st release date in Europe.