North America? Yeah, we’ll get back to you on that.

For those who have always been fans of the Cyborg Ninja from the original Metal Gear Solid, and find the accompanying skin in Metal Gear Rising Revengeance to be absolutely spiffy, Konami has announced that the game will carry free Cyborg Ninja DLC packs for the Xbox 360 and PS3 versions on release.

You know, in Europe.

Each copy will contain a free DLC code, which will allow players to take control of the legendary Grey Fox, even allowing his so called Fox Blade to be upgraded. The European version of MGR will be released on February 21st/22nd, so until then, kick off your shoes and enjoy these new screens of the Cyborg cutting stuff up. 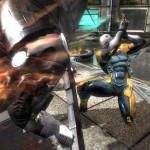 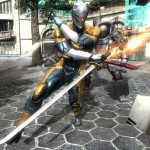 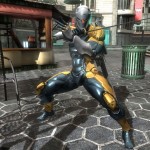 Because honestly, it’s what all the cool kids are doing these days.

Metal Gear Rising: Revengeance has been developed by Platinum Games in collaboration with Kojima Productions and will see release in North America on February 19th.