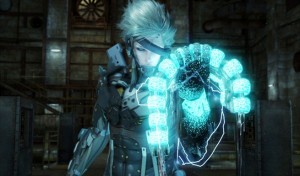 Kojima Productions is up to stuff. For those who didn’t know (or willfully ignored all human existence in the past 25 years), they’ve been busy planning for the 25th Anniversary Party of Metal Gear Solid. Also, as revealed at E3, they sourced the development of Metal Gear Rising: Revengeance to Platinum Games.

Of course, as a sequel (next step?) to the Metal Gear Solid franchise, it’s only a given that we’ll see long cut-scenes and conversations, right?

Not exactly according to a Kojima Productions radio episode, where the devs stated that cutscenes will be a “little shorter” this time around but those codec conversations we all loved so much?

That’s listed as a “huge amount.” Thankfully, it’ll happen in real time, much like regular mission briefings you’d get in other action games. Which we can deal with, frankly. So long as no one’s calling to interrupt and warn us about bombs or something.