A retrospective look at the impressive technical accomplishments of Hideo Kojima's masterpiece.

Every PlayStation generation has its share defining titles. For the PS4, God of War, The Order: 1886, and Horizon: Zero Dawn pushed the graphics bar up higher than ever before. Naughty Dog’s Uncharted series and The Last of Us demonstrated just how far ahead of the Xbox 360 the PS3 truly was in capable first-party hands. Further back in time, Hideo Kojima’s Metal Gear Solid 2: Sons of Liberty delivered some of the finest visuals ever seen in a sixth-gen title. In many ways, the game still holds up today, a reminder of Kojima’s sheer technical wizardry on hardware that’s barely faster than a modern calculator.

When Sony first launched the PlayStation 2 in 2000, a number of titles launched alongside it. However, none of these really pushed the bar forward in technical terms. Then came Metal Gear Solid 2’s E3 2000 reveal. Showcased a few months before the PS2’s Western launch, Metal Gear Solid 2’s E3 reveal was a resounding success. Was it a cinematic trailer, gameplay video, or both? The sheer quality of the onscreen visuals had people confused as to whether they were seeing a game running in real-time or a pre-rendered cutscene. 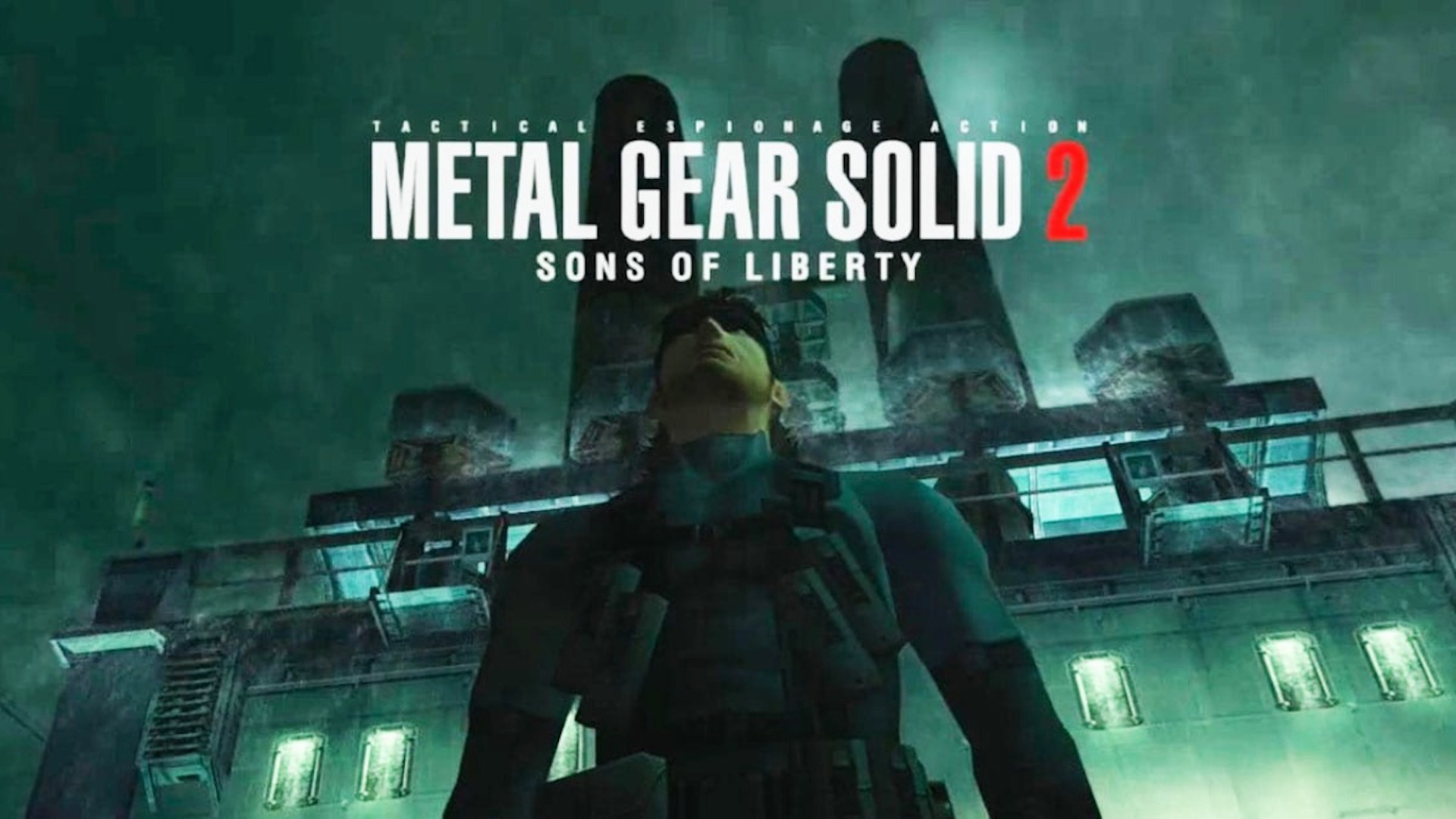 An immense number of enemies filled the screen. Bodies didn’t disappear suddenly. Lighting and shadows had a real impact on gameplay, giving away player position and vice-versa. The demo was simply of such exceptional quality that fans, and critics couldn’t quite believe that it was real-time and rendered on the PS2.

At the time of the E3 reveal, Kojima’s team had only worked on the engine and basic game design. After the trailer’s success, the team went all in. While a number of scenarios present in the trailer didn’t make it to the final game, the core mechanics remained mostly intact by launch time. A key change that occurred over development was to the game’s story. A plotline featuring nuclear inspection in the Middle East was scrapped after 9/11 and the ensuing conflict. While this forced the team into a hectic crunch period, they managed to make the November 2001 launch window.

While the demo was technically exceptional, Konami actually managed to improve on it in some respects with the final game code: The trailer rendered at a lower resolution than the final game and featured a considerable amount of aliasing. Image quality was improved significantly by launch time: Metal Gear Solid 2 looked exceptional on the 480i displays of the day.

Even in 2020, Metal Gear Solid 2 holds up surprisingly well, when upscaled to modern resolutions. What exactly did Kojima manage to squeeze out of modest PS2 hardware? Let’s take a closer look:

Metal Gear Solid 2 featured models with a then-unprecedented level of detail. Polygon counts on characters like Snake exceeded 4000. To put this into perspective, Alyx from Half-Life 2 had a poly-count of 6000. Half-Life 2 came out three years later on PC and later released on PS3 and Xbox 360. Character models in Metal Gear Solid 2 were quite literally on par with early seventh-gen standards. The high poly count allowed Kojima to model details like hair which, in other titles, was handled with textures and normal mapping.

Metal Gear Solid 2 utilizes a forward renderer. However, constrained camera angles and limited environmental scale meant that Konami was able to fill its maps with a remarkably large number of dynamic lights. A large number of in-game lights are dynamic, and this has a tangible effect on gameplay: both players and NPCs can utilize areas of shadow to take cover and hide. With the possible exceptions of its successor Metal Gear Solid 3 and Splinter Cell: Chaos Theory on Xbox, Metal Gear Solid 2 features one of the most realistic lighting implementations seen on sixth-gen platforms. 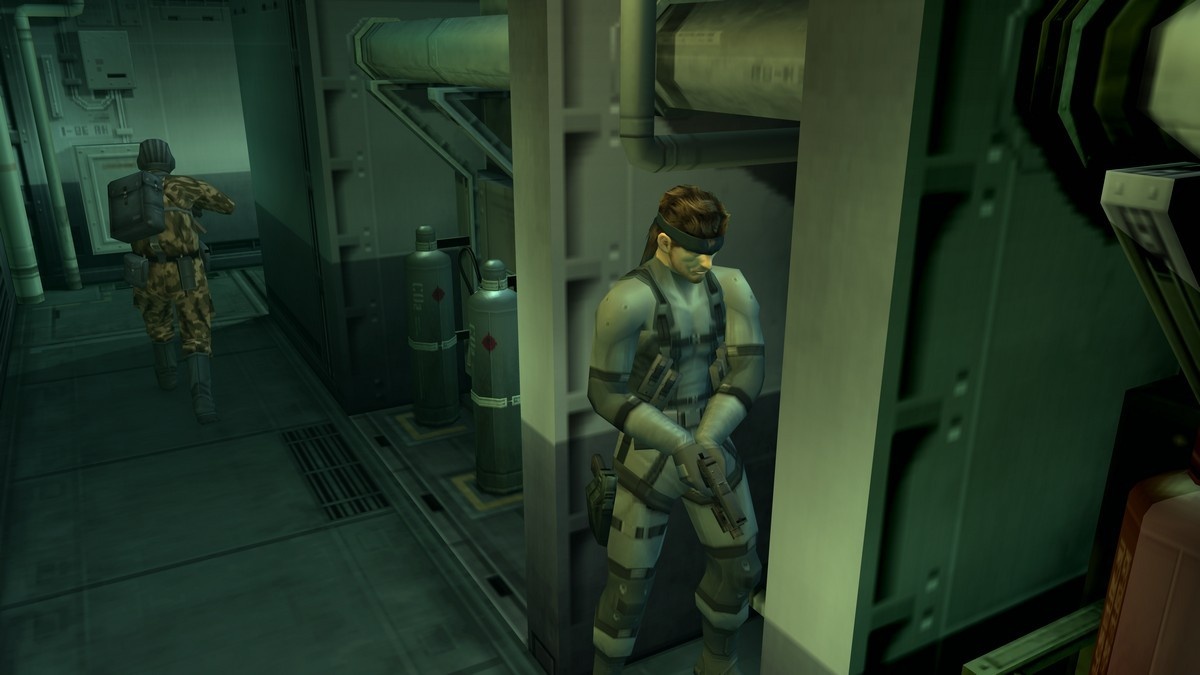 Metal Gear Solid 2 features a level of physics simulation that not even all eighth-gen titles match. Almost every object onscreen, including dozens of alcohol bottles above a bar, counter-interacts with other objects onscreen. While NPCs don’t exhibit ragdoll physics as such, animations vary depending on where they take damage, resulting in convincing death sequences.

Metal Gear Solid 2’s greatest technical accomplishment wasn’t in terms of onscreen realism. Rather it was the fact that this remarkably detailed game ran at a nigh-locked 60 FPS average. Metal Gear Solid 3 ran at a jankier 30 FPS, to accommodate larger outdoor maps. But the smooth 60 FPS update in Metal Gear Solid 2, combined with the stellar visuals make it clear that Kojima and co new what they were doing with PS2 hardware. To put this into perspective, there were only a handful of 60 FPS titles on PS3, a generation later. Many, like Call of Duty 4, featured sub-native rendering resolutions, poor texture quality, and primitive lighting. It’s a minor miracle

Metal Gear Solid 2 was not only one of the best-looking games on the platform, it was among the best-performing. 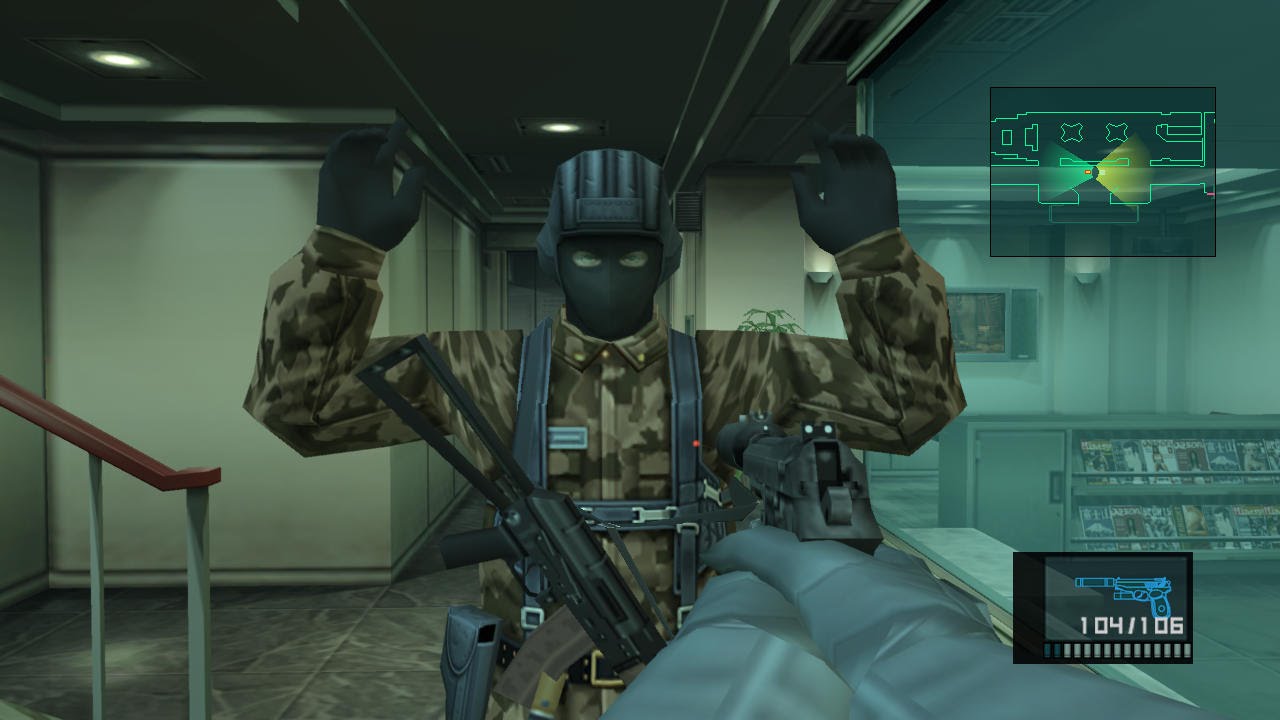 From an E3 2000 demo that people couldn’t quite believe to a critical reception at launch and beyond, Metal Gear Solid 2 exceeded everyone’s expectations on the gameplay, audio, and visual front. The game cemented and Hideo Kojima’s reputation for creating games that would stand out as technical benchmarks throughout console generations. With Kojima productions now an independent studio and with the PlayStation 5 set to arrive in a matter of months, we’re excited to see what Kojima will accomplish with 9th gen hardware.