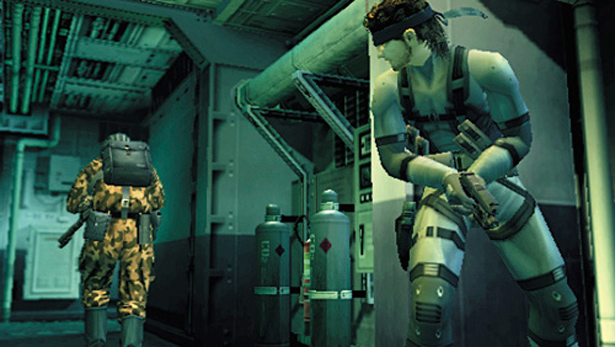 Metal Gear Solid creator Hideo Kojima may have messed with us more than usual when hyping up Metal Gear Solid 5: Ground Zeroes/The Phantom Pain – going so far as taking up a false identity and then having that identity “die” – but this isn’t his first rodeo. His biggest troll-job, however, was with Metal Gear Solid 2: Sons of Liberty wherein he replaced Snake with Raiden as the protagonist.

Of course, Kojima had hidden many more details in the game than that. A decade later, Kojima revealed via Twitter that, “Pans hanging in the kitchen of tanker appeared in MGS2, each one has musical scale that could plays the music as you shoot them by gun.”

That’s not all – apparently there’s also a bucket of ice that melts when you knock it over in the bar downstairs. How much more is there in the game that we haven’t noticed? That remains to be found out.

Meanwhile, Metal Gear Solid 5: Ground Zeroes will be releasing on March 18th in North America and March 20th in Europe for the Xbox One, Xbox 360, PS3 and PS4.