Metal Gear Solid 5: Ground Zeroes is Only 3.82 GB On The PlayStation 4 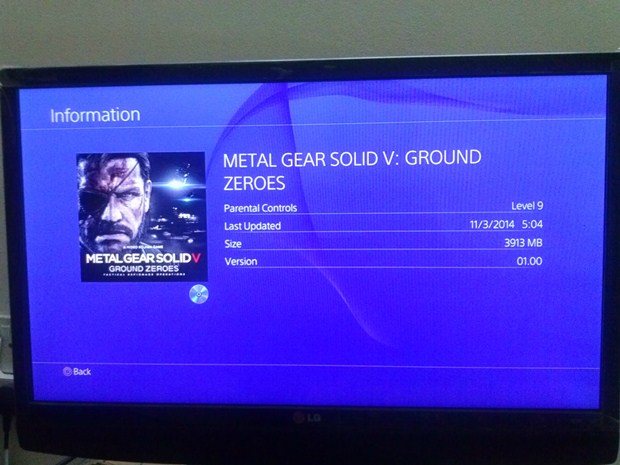 Copies of Metal Gear Solid 5: Ground Zeroes are already available in some countries and an erstwhile NeoGAF member managed to get his hands on a copy. He posted an image of the game’s box art and the overall download size of the game, which is a shocking 3913 MB [3.82 GB]. Check it out above.

We’ve heard plenty about the game’s campaign length, with Game Informer infamously stating it to be only 2 hours long while other impressions pegged at as longer. But what’s even more incredible is that the game could look this good and pack in a good amount of gameplay and still be this small on a next gen console.

Metal Gear Solid 5: Ground Zeroes releases on March 18th in North America and March 20th in Europe for Xbox One, Xbox 360, PS3 and PS4. Will you be picking it up or downloading it? Let us know in the comments below.