Includes Ground Zeroes and The Phantom Pain with all DLC. 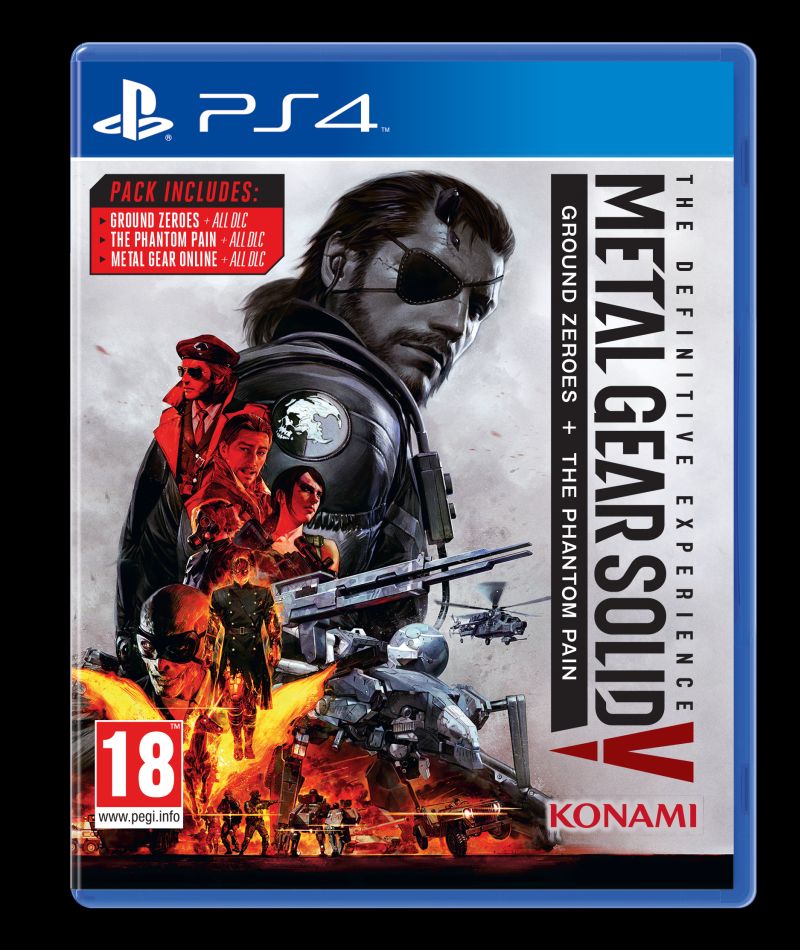 Releasing only for Xbox One, PS4 and PC, Metal Gear Solid 5: The Definitive Experience will cost $49.99/£34.99. Oddly enough, the PC version’s contents and price will be revealed at a “later date”. It will only be available on Steam as well.

Rumours of the compilation hit the interwebs not too long ago and it was assumed (since it’s been a year since the release of The Phantom Pain) that it would collect both Metal Gear Solid 5 games and all their DLC. Will you be picking it up? Let us know in the comments.