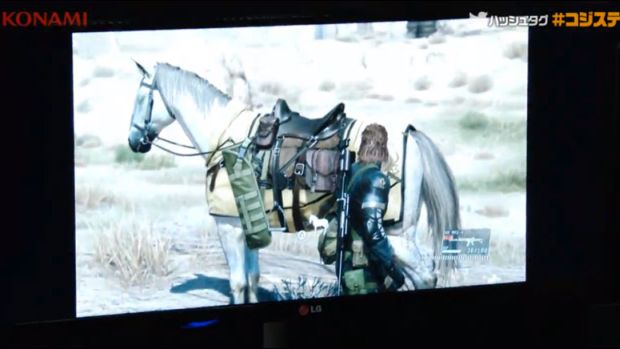 As he is wont to do, director Hideo Kojima revealed some new but relatively useless details about Metal Gear Solid 5: The Phantom Pain during the latest episode of Kojima Station.

You’ll be able to customize your horse in the game and oddly enough, it doesn’t seem to be the same horse seen in previous videos. One can also hide in outdoor toilets and make noises to distract enemies towards it. The water tank on top of the toilet can also be shot for some purpose. Seriously.

Metal Gear Solid 5: The Phantom Pain is out this year though a release date has yet to be finalized. It will be out on Xbox One, Xbox 360, PS3, PS4 and PC. What are your thoughts on these new “features” and their overall usefulness? Let us know your thoughts in the comments below and stay tuned for more information on the game in the coming months.