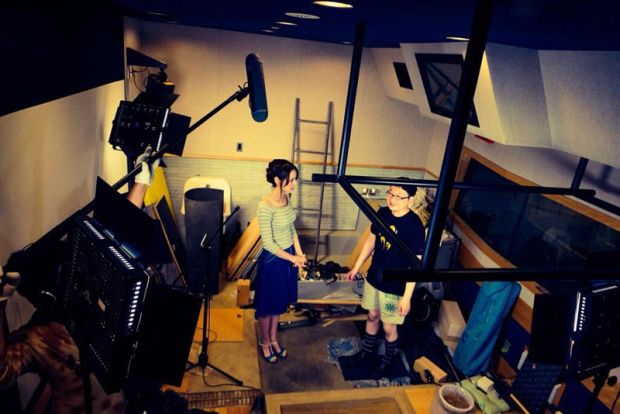 While her character Quiet may be more notorious for her attire in the upcoming Metal Gear Solid 5: The Phantom Pain, Stefanie Joosten will be the main showcase in the next episode of Kojima Station. Joosten has been part of a video series, the first which demonstrated the 3D capture process for translating her look into the game. Director Hideo Kojima recently tweeted about this week’s behind-the-scenes look she’ll be showcasing as the above image indicates.

We hardly think it’s the stealthiest infiltration a voice actress has has in Kojima Productions but regardless, it’s being considered an infiltration all the same.

Meanwhile, Kojima is prepping a new trailer for Metal Gear Solid 5: The Phantom Pain at this year’s E3. The game will serve as a prologue to Ground Zeroes and take place several years after the events of the former. The Phantom Pain is currently in development for PS4, PS3, Xbox One and Xbox 360 – it’s expected to be out in 2015.