A taste of what is in store for Metal Gear fans come TGS. 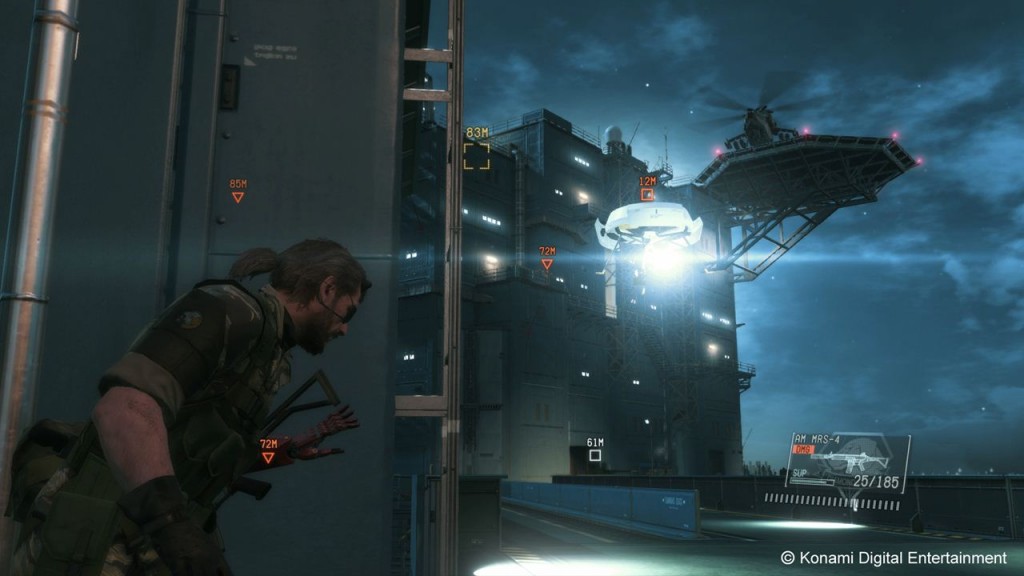 It was confirmed last week that Metal Gear Solid 5: The Phantom Pain will be showcased via a stage presentation during the upcoming Tokyo Games Show. But it seems that we will be getting a new trailer as well. Hideo Kojima tweeted a new screenshot which hints towards a new trailer. The screenshot, which can be seen below shows Big Boss, Kaz Miller and Ocelot, perhaps discussing some serious business.

Kojima also tweeted that new information regarding the schedule of TGS presentation will be revealed tomorrow during Kojima Station. On a related note, Metal Gear Solid Portable Ops, which was not directed by Hideo Kojima has been recognized as canon by Konami. Although Kojima has given confusing statements regarding the same, Konami has now included it in the official timeline.

Story elements like Big Boss rescuing Gray Fox in 1966 are canon but the mission specific elements like the presence of Null isn’t mentioned indicating that it was non canon. It seems like Konami selected those elements that will make sense to Kojima’s interpretation of the series and the rest of the iffy stuff are not recognized.

Metal Gear Solid 5 The Phantom Pain is due for the PS4, Xbox One, Xbox 360, PS3 and PC. No release date has been specified yet.