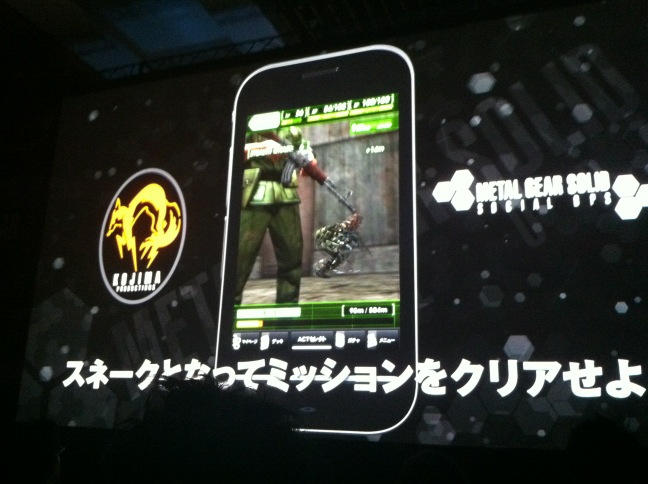 Kojima Productions recently announced a new Metal Gear Solid at the MGS 25th Anniversary Meet. But not really. The new “game” has been tailored for Japan’s leading mobile GREE platform and is being called Metal Gear Solid: Social Ops.

That’s right. A Metal Gear Solid social networking game. Created with Unity, it sports some pretty impressive graphics for a game both running on mobiles and utilising that engine.

No word yet on whether this will be coming to other mobile platforms like Android or iOS of even Windows Phone. You know, the very devices that a large amount of the world’s population own?

It’s also been confirmed that the game will be playable at this year’s Tokyo Game Show. Now don’t jump too high in your excitement, you might just hit the fan.

The first question on everyone’s minds is obviously concerning whether Kojima is trolling the internet but we’ll wait till the events ends before deciding on that.

Special thanks to NeoGAF for the live coverage.