Other games in the lineup include Disney Dreamlight Valley,Ashes of the Singularity: Escalation, Train Sim World 3, and more. 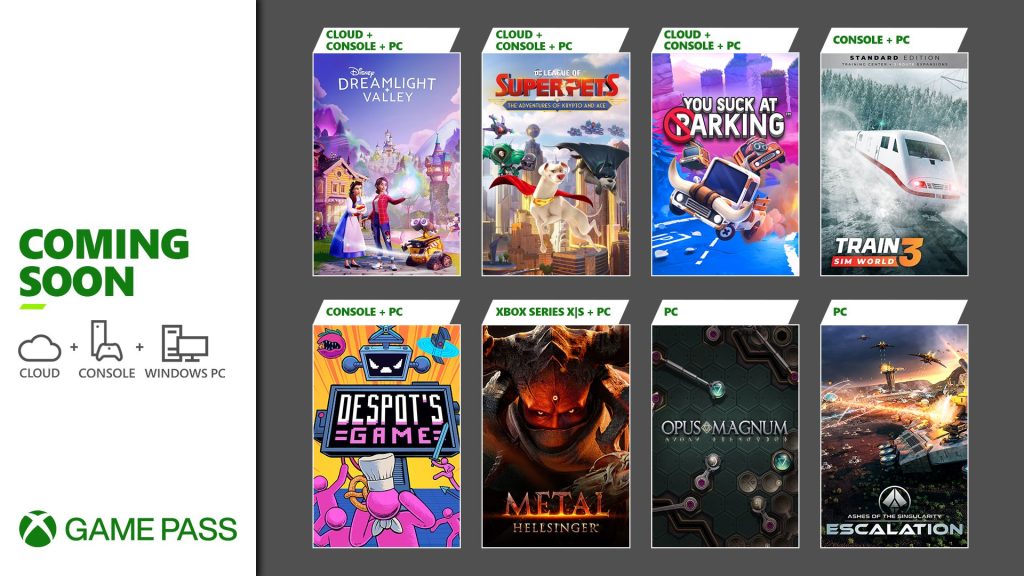 Microsoft has unveiled what the first wave of additions to the Game Pass lineup for the month of September will bring, and though this batch of new titles isn’t as star-studded as a few others have been in recent weeks, there are a few notable games for subscribers of the service to look forward to nonetheless.

The most eye-catching inclusion is Function and The Outsiders’ upcoming rhythm-based first person shooter Metal: Hellsinger. Recently confirmed for a September 15 launch, it’s now been announced that the game will be available day one via Game Pass on PC and Xbox Series X/S.

On the same day, the subscription service will also add roguelite tactics title Despot’s Game (on PC and console), while the day before that will see the addition of You Suck at Parking (on cloud, console, and PC), “the world’s most extreme parking game.” Meanwhile, on September 13, RTS Ashes of the Singularity: Escalation (on PC) and DC League of Super-Pets: The Adventures of Krypto and Ace (for console, cloud, and PC) will be added to the service.