4A Games’ Metro Exodus PC Enhanced Edition is out now with a detailed video discussing its various technical feats. Thankfully, console players won’t have to wait long to experience the enhanced version. The developer has confirmed that it will be coming to Xbox Series X/S and PS5 on June 18th.

Along with 4K on Xbox Series X and PS5 (1080p on Xbox Series S), the enhanced version will run at 60 FPS. Ray tracing will be present throughout along with options for customizing the field of view. Xbox players benefit from spatial audio and improved controller latency while DualSense’s haptic feedback is supported on PS5.

Those who own the game on previous gen consoles can avail of a free upgrade to current gen versions. A physical version of the game, titled Metro Exodus Complete Edition, will also be coming to Xbox Series X/S, PS5 and Xbox One. It includes the base game along with The Two Colonels and Sam’s Story expansions. 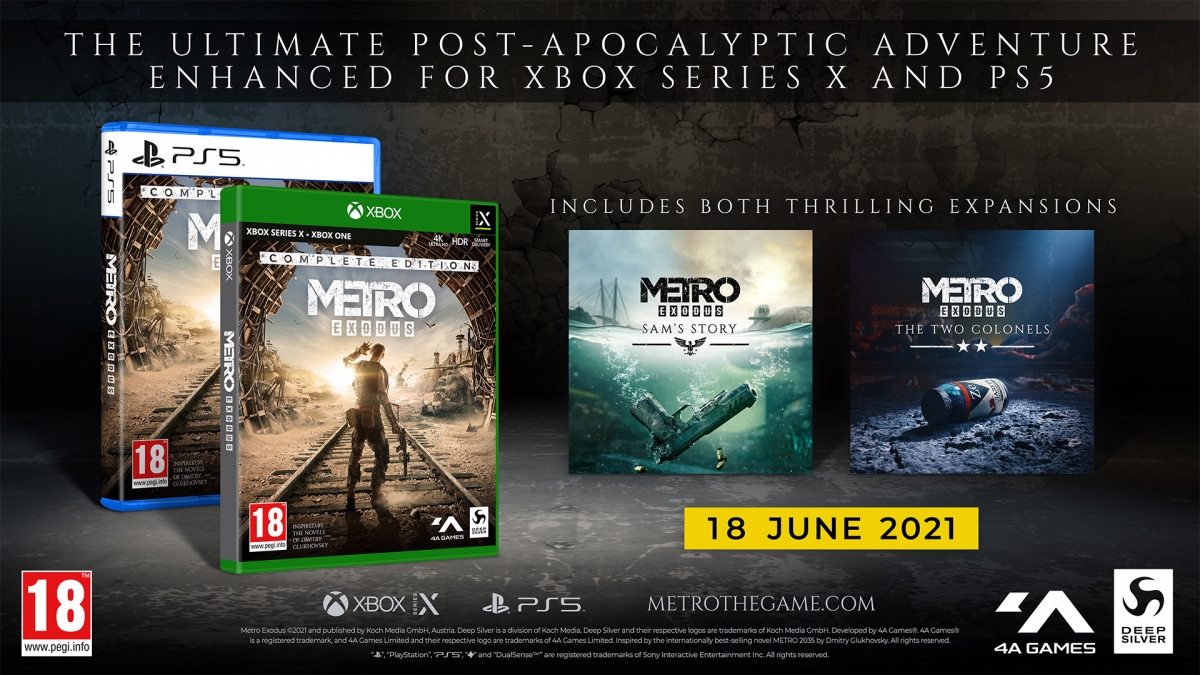