The game will be available at several different events, starting with Gamescom on August 22.

Metro Exodus will be bringing players lots of exciting features, which we’ve covered extensively over the last few weeks and months. While some people have already got to try the game out for themselves, now you may soon be able to try out the game as well. The full game is set to release only next year, but before that the game will be touring the world at different events which will allow players to experience the game firsthand, developers 4A Games have announced.

Starting with Gamescom on August 22, Metro Exodus will be available to play at various events throughout the year. Following that, just later this month, the game will also be available at PAX West as well. Furthermore, those who attend this event can also earn random loot. For example, those who try the game out at Gamescom will receive a Spartan Order Tag. 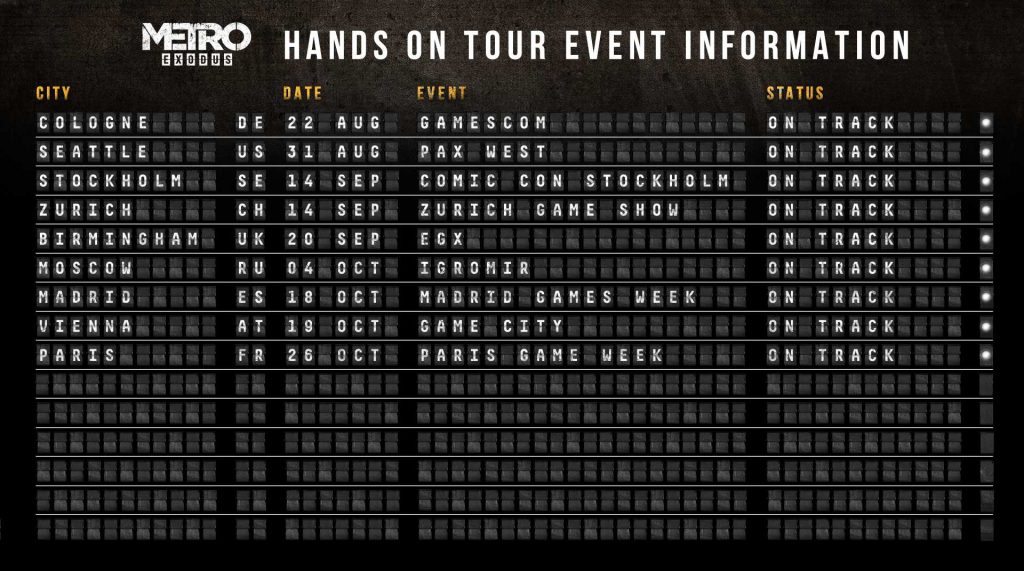