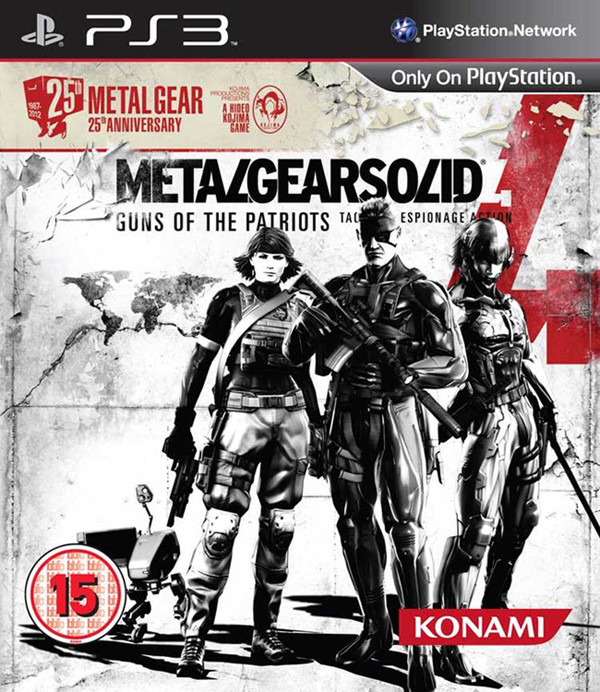 Metal Gear Solid 4 was released on the PS3 in 2008 and considering so many games have gone multiplatform since then, one has to wonder why it hasn’t ended up on the Xbox 360. Well, on the New Zealand retailer MightyApe.co.nz website, Metal Gear Solid 4 25th anniversary edition Xbox 360 box art could be seen.

This was a big news considering most retailer leaks have turned out to be true, however, this one unfortunately for Xbox 360 fans is fake, as Konami and the retailer have both confirmed that it isn’t happening  Now why did the Xbox 360 box art pop up? Maybe the retailer made a mistake and photoshopped it, but they aren’t supposed to do that.

Konami has responded and said to Eurogamer: “It’s a welcome return to the rumour. But there are no plans to release Metal Gear Solid 4 on Xbox 360.”

The retailer also confirmed on Twitter that it is indeed fake: “We just contacted our supplier to make sure. They have advised us that it was a mistake. No go on Xbox I’m afraid :/”

While we are talking about the best PS3 games, why not check out our six year special PS3 feature where Metal Gear Solid 4 was highly recommended? It’s about time people bought a PS3 to play this game, it’s awesome. Our review of the 25th anniversary edition will be out soon as well.