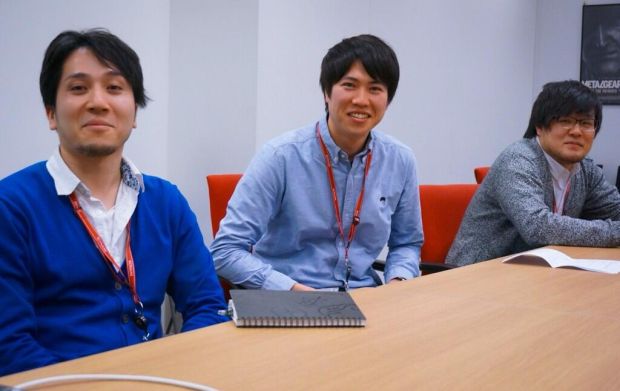 You have to give Metal Gear Solid 5: Ground Zeroes/The Phantom Pain director and series creator Hideo Kojima credit – the man just can’t stop hyping stuff up, even while he’s busy trying to deliver two parts of the biggest MGS game yet. But that’s exactly what happened recently when he tweeted the above picture with the words, “Kojima Production SUPER CONFIDENTIAL PROJECT’s experiment presentation & meeting.”

Kojima has dropped references over the past few years about wanting to work on Zone of the Enders 3 if there was a demand – that was reflected in the release of HD remakes for both games. Nonetheless, it could be something entirely different.

But if you look at the upper right corner, you’ll see a poster for Metal Gear Solid 4: Guns of the Patriots. Coincidence?

Regardless, the earliest game to release will be Metal Gear Solid 5: Ground Zeroes, which is out on March 18th in North America and March 20th in Europe for PS4, Xbox One, PS3 and Xbox 360.