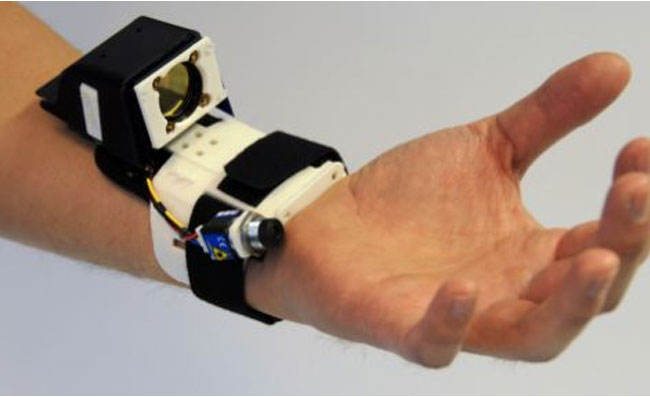 A Microsoft Research team based in Cambridge, UK has developed a new motion sensing controller that senses your hand and finger movement using cameras and infrared lasers.

It is worn around the wrist like a wristwatch or a bracelet, and while it’s a little unseemly right now, Project leader David Kim says the final device will be the size of a wristwatch and completely wireless.

The investors also said (via New Scientist) that the device is a result of trying to create a technology better and more accurate than the Kinect.

Bring on the finger jokes.