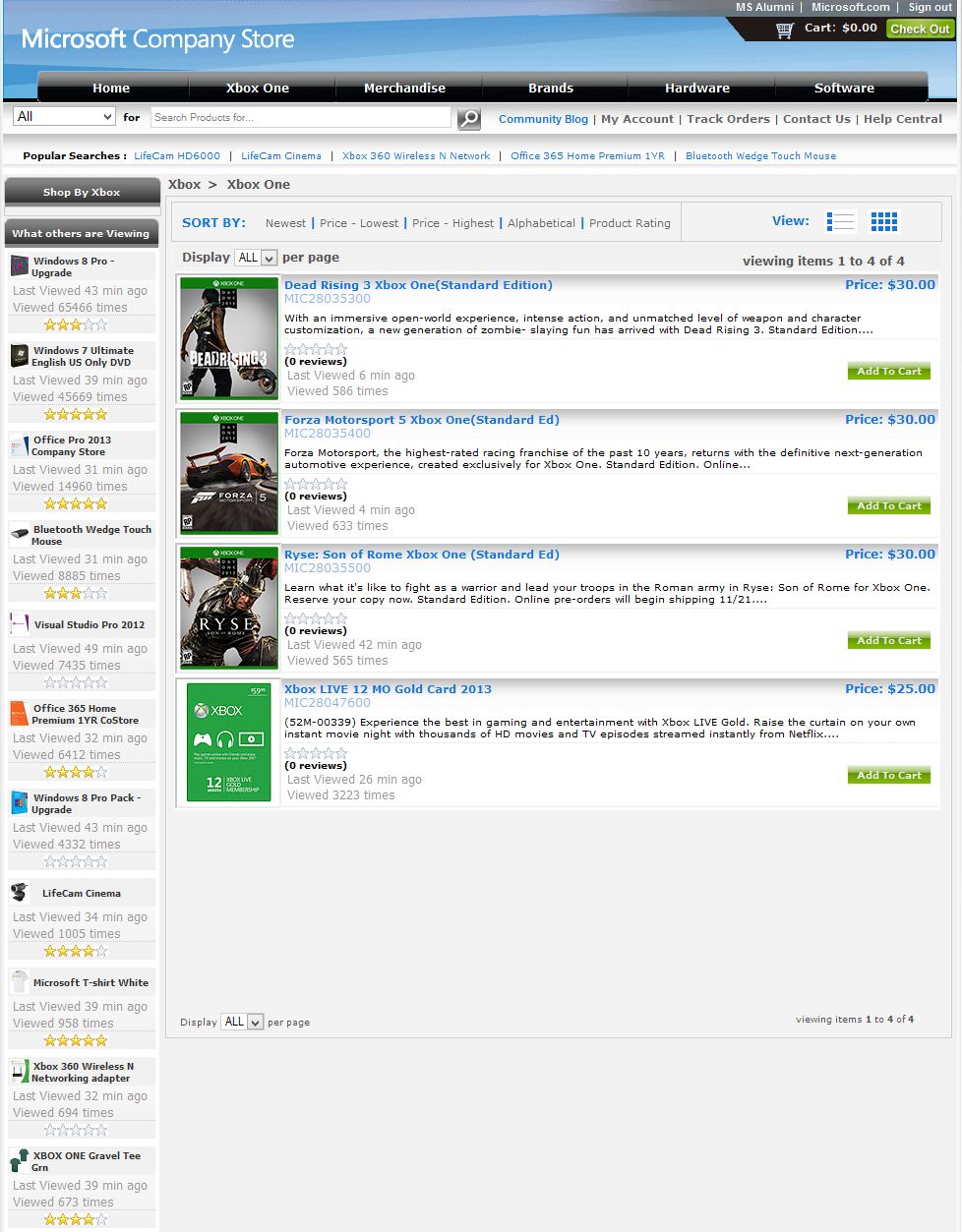 In case you thought Microsoft employees, both Xbox and non-Xbox team members, received all the perks than you’re absolutely right. A Microsoft employee who is not part of the Xbox One team recently posted an image of the company store, showcasing the discounts that company members can avail of. Just how awesome are discounts? Try 50 percent off (Xbox One titles retail for around $59.99 normally).

Not bad for being a Microsoft drone, huh? This allows employees to purchase twice as many games as normal customers. You could also argue that the employees will be receiving the hardware at discounted rates, though this hasn’t been confirmed.

The Xbox One will be launching across 13 territories on November 22nd, with other countries in Europe to receive it early next year. Japan will also see the launch of the console in early 2014. Stay tuned for more details as we approach the console’s launch next month.