Even comes with discs and everything.

Next month we are primed to see the return of one of the most beloved flight simulation series out there, Microsoft Flight Simulator. The game has been looking gorgeous in screenshots for quite some time now, and PC users will get the first crack at it. And if you happen to be in Europe, you can also get a pretty slick physical version.

As reported by FSElite, there will be a full physical edition for the game in the region. While physical boxed releases of PC games aren’t uncommon, what is rather uncommon is the game will even come on 10 discs, so it’s not just a code in the box. Both the standard and premium editions include a manual with details on all the airports and planes in the game, with the premium edition also getting an extra user guide. You can check them out below. As of now, only plans for a physical release in the European region have been confirmed.

Microsoft Flight Simulator will come to PC for Windows 10 on August 18th. If you do want the physical copy, you will have to wait a few days as it will drop on the 21st. The games closed beta is scheduled to launch on July 20th. The game has also been announced for Xbox One, but as now no time frame for that version’s release has been stated. 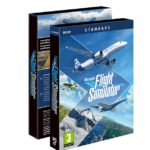 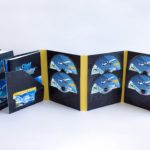 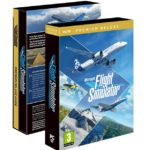