What the heck, Microsoft. 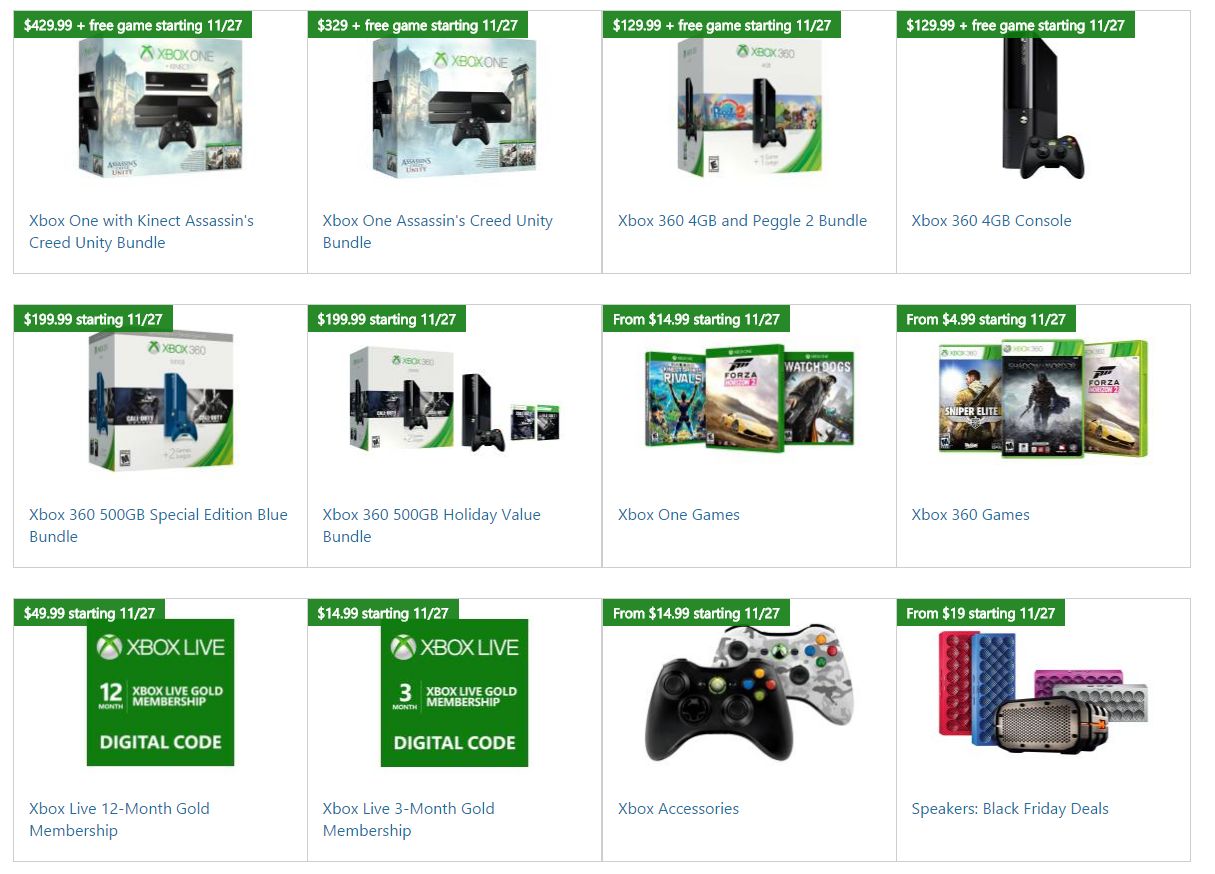 As if their existing bundles and deals- the most notable one of which is two Assassin’s Creed games (including Unity) and the Xbox One itself for $350- weren’t enough, Microsoft is going one step further and providing even more ridiculous and aggressive deals at the Microsoft Store this Black Friday.

Basically, any Xbox One bundle can now be had for $329, which isn’t that big a deal when you consider that other places are already offering the same deal. But then, Microsoft goes ahead and throws in another free game with the bundle at that price. This means it is effectively very feasible to buy an Assassin’s Creed Xbox One bundle for $330 and get another free game (say, the Master Chief Collection), meaning you could end up with six games and a brand new console for just $330. It’s obscene.

There’s other great stuff on offer too, so be sure to check out the console deals here, accessories here, Xbox One games here and Xbox 360 games here.