While some people aren’t too enthused about the upcoming streaming services in the future, Microsoft is one of the companies that seems posed to go all in with their upcoming xCloud service, something they hope to use to bring a console like service to any device. And today we got a look at a new patent that shows they want to go that extra mile.

Microsoft looks to be crafting some joy con style controllers for mobile devices. It’s labeled as a charging device for removable input modules, and then goes on to specify it’s wireless input devices that can be removed from a charging dock to be put on mobile devices such as a smartphones. You can read through the whole patent here, and we have the patent illustration below to show a vague idea of what the device will possibly look like.

Definitely seems like the intent here is to have a controller experience for xCloud on mobile devices, and with a similar idea to Nintendo Joy Con controllers on the Switch. That’ll be a welcome edition for those who are going into xCloud. 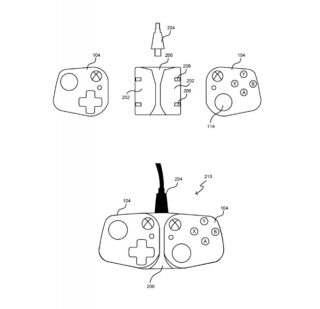