Perhaps one of the biggest names in gaming this generation is David Jaffe, the creator of Twisted Metal and God of War, has plenty of stuff to rant about, and this time its about Micorosft copying stuff.

Yeah sure, every company copies off of each other, not just companies, but that’s how the world runs, competition.

But Jaffe got really pissed after hearing about a game on Kotaku called “Scrap Metal” which will be released on the XBLA in the future (Anything familiar? cuff cuff “Twisted Metal” cuff cuff), and this is what Jaffe said on his blog:

“[I]f I owned the rights to TWISTED METAL and GOD OF WAR, I sure as hell would at the least send a sternly worded legal letter.  Heck, I’d send two legal letters if it were me. I mean, first Microsoft puts out a car combat game and calls it SCRAP METAL? Hey, looks like a great game! Right up my alley! Day one purchase for me. But come on guys, isn’t that just a little too close to Sony’s own car combat game TWISTED METAL?

And look: Sony doesn’t- and should not- own the concept of the Greek Myths. Nor should they own the idea of mortal fighting ancient Gods, Greek or any other kind. That’s all public domain stuff. But the TITLE? Sony DOES own that. And GOD OF WAR/WAR OF THE GODS seem a little too close to comfort ya’ll.
Anyway, like I said, not my fight. I don’t own shit! 🙂 “ 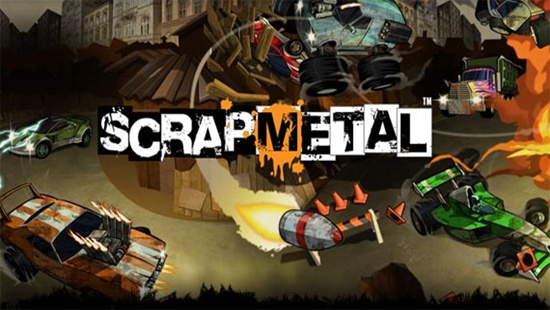 I completely agree with Mr. Jaffe, firstly forget about the sending letters and stuff, the whole concept of stealing ideas and just doing copy paste and adding some stuff here and there to make it look original, is just wrong (Hey, a lot of people are doing it, but when it is just too MUCH COPYING, for example Dantes Inferno, that’s just wrong).
What do you think about the situation? agree with Jaffe? disagree? let us know in the comments section below!

And only because it just made me laugh, here is what Jaffe also wrote to us the editors of the Internet:

“You gonna fucking quote from my blog, the least you could do is print the whole mother fucking thing.”