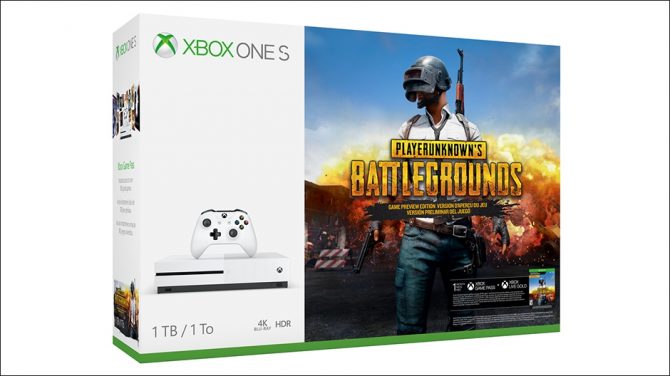 PlayerUnknown’s Battlegrounds has been a stunning success on the Xbox Platform so far, and Microsoft hopes to continue to capitalize on the title with a brand new bundle for Xbox One X and the Battle Royale hit in one box just later this month.

Announced on Xbox Wire, the new bundle will hit the shelves on February 20th for an MSRP of $299.99, and bring together a 1TB Xbox One S system with all the usual needed things like the controller and a digital copy of PlayerUnknown’s Battlegrounds for the system. As per usual, a 14-day trial to Xbox Live Gold and one month of Xbox Games Pass is thrown in too, meaning that players have the chance to get warmed up on PUBG before having to pay for the online.

The month-long inclusion of Xbox Games Pass also gives new players the chance to sample from the best of the entire Xbox Library, since Microsoft recently committed to releasing first-party titles day and date with the service. If you don’t already have one, does this bundle interest you? Would you have paid more for an Xbox One X bundle option? Let us know in the comments.