Microsoft sent out a survey to alpha testers to enlist for a “groundbreaking,” game, that is a  “giant, revolutionary step for PC strategy games”.

This game is code-named “Project S”, and even though nobody knows what the heck this is all about, the “S” is rumored to stand for Spartans, which probably means this is either a Halo strategy game, or these Spartans are the actual historical ones.

Since the game is being developed by Robot Entertainment, this title is likely to be Halo Wars 2, or Age of Empries IV, but another option is perhaps just a port of the original Halo Wars to the PC.

It seems that this has nothing to do with Halo, and it is the real Spartans, this information was discovered by the following image: 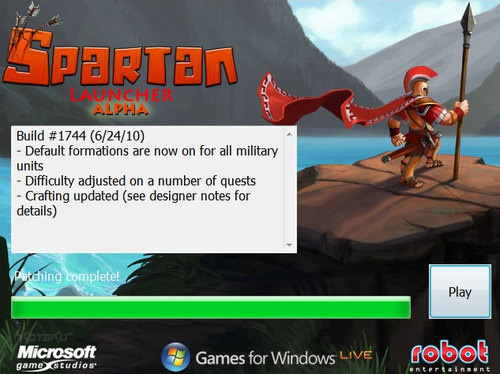 It has a Spartan soldier, its being published by Microsoft and developed by Robot, i think we just uncovered the mystery, this is “Project S” ladies and Gentlemen.
Source