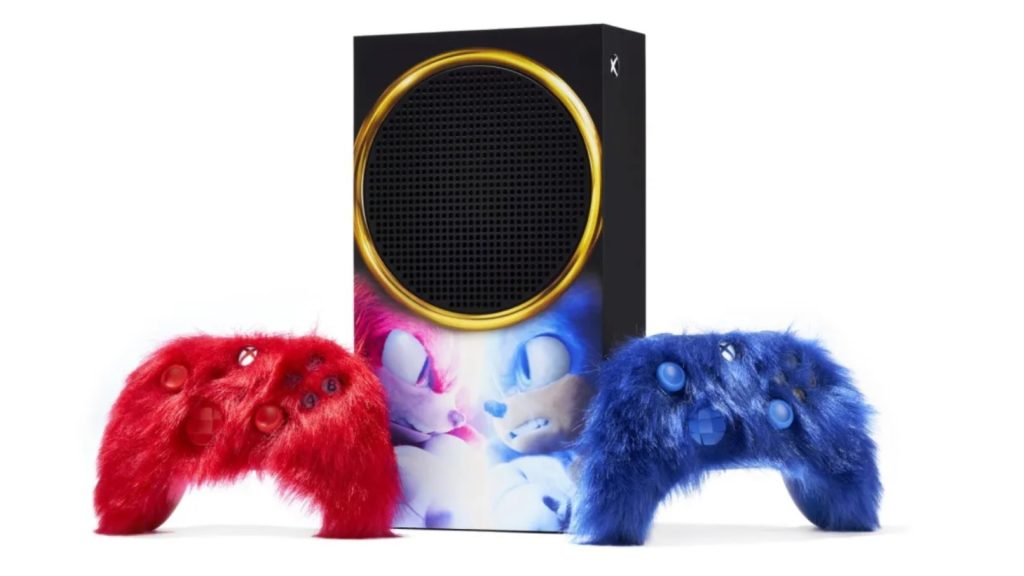 Sonic the Hedgehog celebrated its 30th anniversary last year, and Sega has big plans to keep expanding the franchise. The film, Sonic the Hedgehog 2, is releasing in April, with a third film and a live action series focused on Knuckles are also in production. To fuel the hype for that cinematic push even further, Sega has now partnered with Xbox.

The console and controllers can’t just be picked up in stores though- they’re only being given away as part of a sweepstakes until April 4, for which you either need to follow Xbox on Twitter and retweet the tweet below (with #XboxSonic2Sweepstakes included), or, for those in the US, redeem Microsoft Store points.

We might need glasses because these controllers look fuzzy.

Follow and RT with #XboxSonic2Sweepstakes for a chance to win a Sonic 2 Xbox Series S Custom Console and Controllers.