Microsoft Will be Offering Free Upgrades to Windows 10 For Windows 7/8/8.1 Users 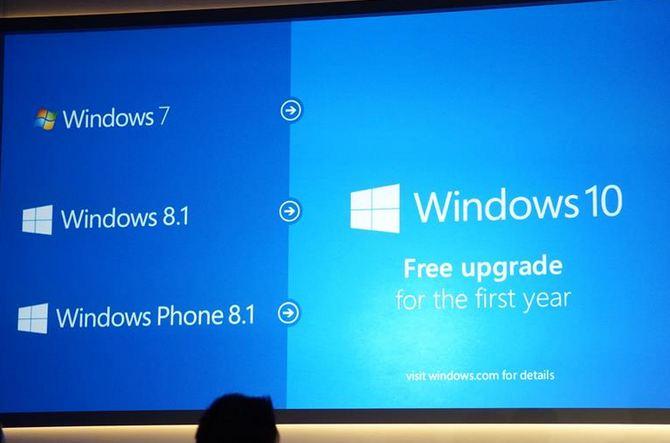 Microsoft had their Windows 10 event today, and it was a pretty big deal- a lot of what had been leaked over the last few months was finally confirmed, including the full integration of Microsoft’s voice powered personal assistant, Cortana, into the new OS.

Cortana is thoroughly embedded in Windows 10- she seems to form the backbone of the frontend of it, as a matter of fact, and is behind a lot of the new features and improvements that the OS is offering. She’ll do the obvious, like fetching you search results, and reading out the weather, and your appointments and tasks, obviously, but she is also completely integrated into the new browser that Microsoft announced for Windows 10, Spartan (yeah, another Halo reference), and she can perform other PC specific tasks, such as accessing the hard drive to fetch specific data.

As exciting as Cortana was, however, the best news to come out of this event for most customers was probably that almost no one would be left behind- after years of confusing and fragmented upgrade paths, Microsoft announced that everyone who has Windows 7, Windows 8, Windows 8.1, or Windows Phone 8.1 would be upgraded to Windows 10, free of charge, for the first year. The specifics of that aren’t exactly known yet, and the wording was a bit ambiguous, but still, that is a legitimate shocker, and it is good on Microsoft for offering away their biggest product for free like that.