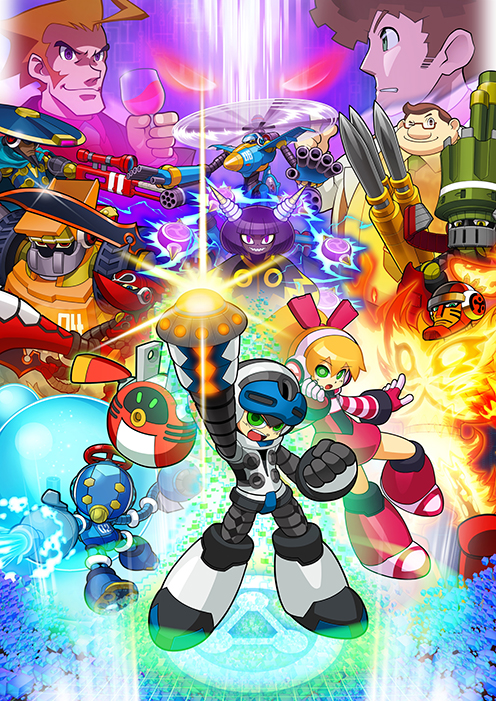 The long awaited Mighty No. 9, which is the spiritual sequel to Capcom’s Mega Man (and is in fact being helmed by the creator of Mega Man), will finally release worldwide on September 18 on Xbox One, PlayStation 4, Wii U, Xbox 360, PlayStation 3, and PCs running Windows, Mac OS X, or Linux. It will be available digitally and at retail for PS4, Xbox One, and Wii U, while Xbox 360 and PS3 get only the digital releases.

The PlayStation Vita and Nintendo 3DS versions of the game are due to release on a later date, Comcept and Japanese co-developer Inti Creates confirmed.

The game will be distributed at retail by Deep Silver. Comcept, however, retains the ownership of the game and the brand.

“This is a great opportunity for Comcept: The partnership enables us to deliver Mighty No. 9 to a wider audience while adding some great extra value to the game,” said Keiji Inafune, CEO, Comcept. “This comes with the price of a short delay, but we are confident that the extra content is worth the wait.”

“The incredibly successful Kickstarter campaign for Mighty No. 9 through Keiji Inafune and his team has shown how huge their fan base is and how much anticipation there is for a true spiritual successor of classic side-scrolling action games. Deep Silver is proud to publish this game and help Comcept in bringing their vision to life,” commented Klemens Kundratitz, CEO, Deep Silver.

For more on the game, stay tuned to GamingBolt.