Minecraft Legends Announced for Xbox Series X/S, Xbox One, and PC; Launches in 2023

Form alliances with various "unexpected friends", lead them into battle against the Piglins, build defensive structures, and much more. 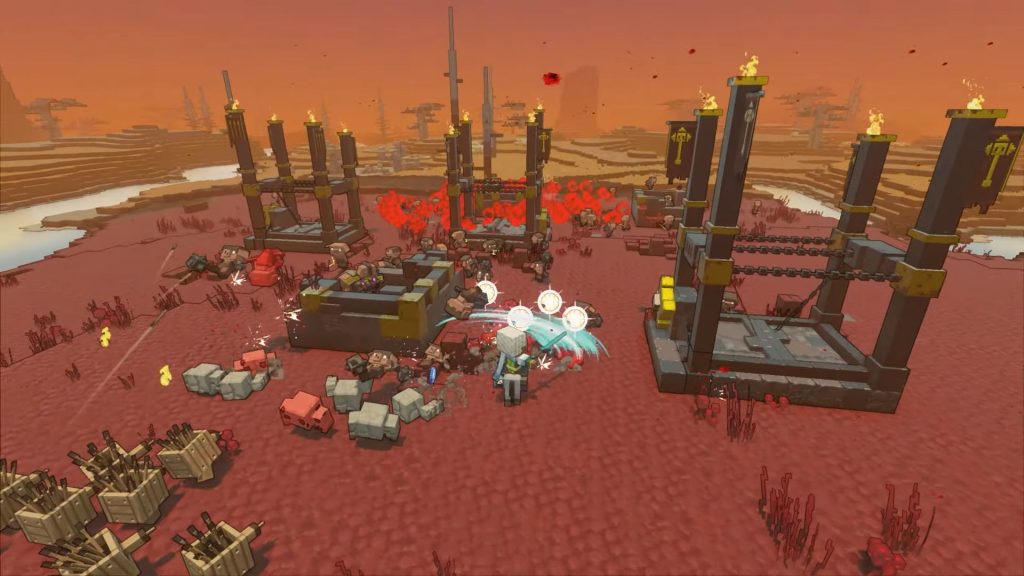 As reported by Jeff Gerstmann, Mojang’s Minecraft is going the real-time strategy – sorry, we mean the action strategy route with Minecraft Legends. Set in a “familiar yet mysterious land” with different biomes and lifeforms, it’s under attack by the Piglins who are looking to corrupt the Overworld. Naturally, it’s up to you to stop them.

This is done by exploring the world in third-person, forming alliances with “unexpected friends” and commanding them in battles against the Piglins. Some brief, pre-release gameplay showcases Minecraft’s building mechanics. Players can construct a fort, command forces to specific points, rush headlong into battle and fight off foes, and destroy entire fortresses.

Developed by Mojang Studios and Blackbird Interactive (which is also working on Homeworld 3), Minecraft Legends is slated to release in 2023 for Xbox Series X/S, Xbox One, and PC. It will be available for Game Pass on PC and Xbox consoles along with releasing on Steam. Stay tuned for more details and gameplay in the coming months.