Minecraft on HoloLens Demoed at E3 2015

Microsoft showcases the potential of its mixed reality headset. 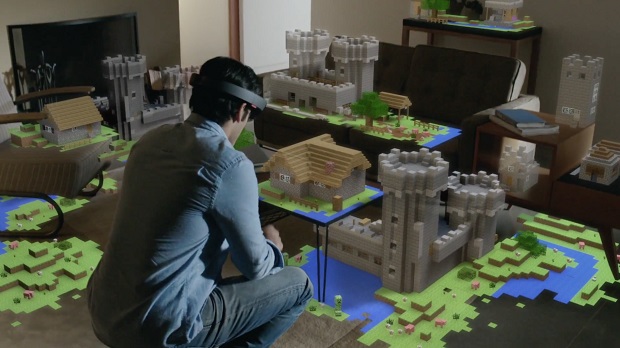 We had seen little bits and pieces of what Microsoft’s HoloLens, the mixed-reality headset which seemingly combines VR and augmented reality, was capable of. As it turns out, that wasn’t even the half of it as a special Minecraft edition for the headset was showcased on-stage at E3 2015.

The gameplay was filmed through a special camera which represented what the HoloLens was capable of in real-time including pinching, zooming, activating explosives and much more. There’s still some skepticism to be had – exactly how 1:1 was the gameplay showcased and the footage being broadcast? However, if the actual HoloLens is capable of a fraction of what we saw at E3 2015 when it finally launches, we’ll be impressed.

And come on. No one can deny the appeal of placing their entire Minecraft world on their table to fiddle around with.

What are your thoughts on Microsoft’s HoloLens? Let us know in the comments below.