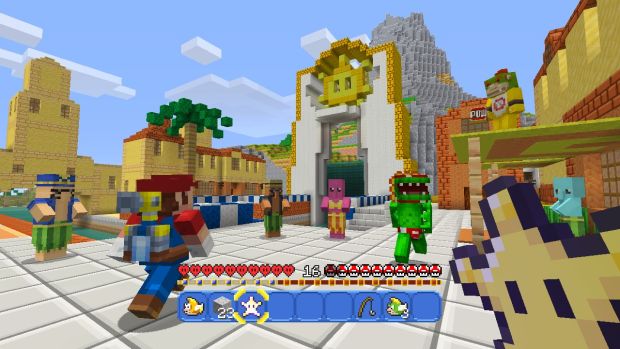 For a game that’s not graphically intensive (but can definitely tax the hardware with its procedural generation), it’s weird to see Minecraft only running at 720p resolution on the Nintendo Switch. It’s still a good game – heck, it’s Minecraft – but why not 1080p? Is it due to the Switch not being as powerful as other platforms when running Minecraft?

According to Microsoft when speaking to Time, it’s not a hardware issue. “Minecraft’s 720p docked/undocked resolution isn’t a question of system power, but stems from issues currently experienced shifting from one resolution to the other when docking/undocking.”

Microsoft didn’t confirm whether a 1080p resolution would be happening in the near future. That being said, if the Switch can handle it, it’s certainly possible.

What are your thoughts on Minecraft for the Nintendo Switch, especially with the critical praise it’s garnered? Let us know in the comments below and stay tuned for more information.