Following several sightings on various retail sites, we now have a much strong confirmation that EA has Mirror’s Edge 2 in development. A NeoGAF user posted an image for an EA Help Center page for the game. Of course, the link doesn’t work now. 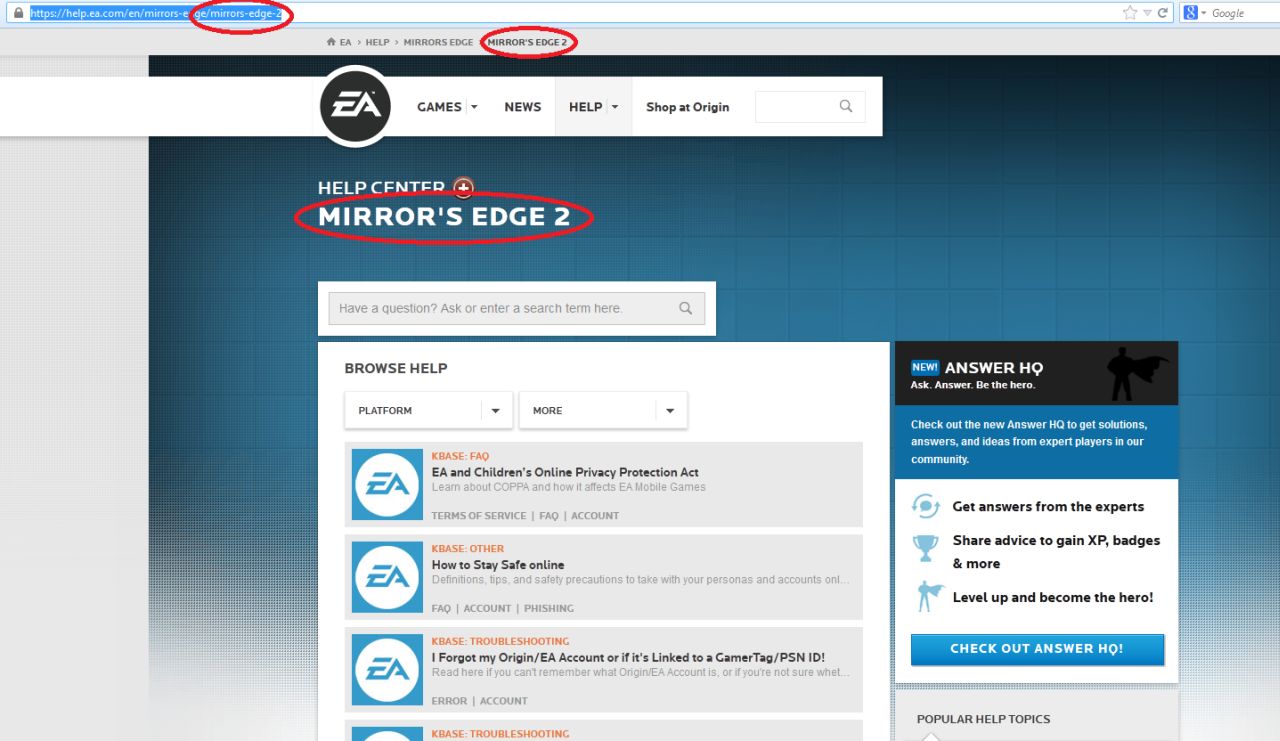 However, EA sets up these kinds of Help Centers prior to a game’s launch. To test the same, the user tried similar links, only for titles like Mass Effect 3 and FIFA 14. Sure enough, they existed – along with a link for Dragon Age III: Inquisition, which is yet to release or even be showcased – so it’s most certainly not fabricated.

Will EA showcase the game at this year’s E3? Are DICE currently working on it, despite being busy with Battlefield 4 and the upcoming next gen Star Wars games running Frostbite 3 – or is there a new studio on the job? Stay tuned for more details as E3 2013 is just around the corner.