Sony’s MLB: The Show series has consistently remained one of the best sport simulation games around, and the latest entry in the storied baseball game franchise is no different, as MLB: The Show 12 pulls farther ahead of its competition and widens the chasm separating it from the competition. Fans of the series already know what to expect, and if you haven’t liked the games so far (or simply don’t care for baseball), then don’t expect this game to change your mind.

Previous portable entries in the franchise on the PSP have always been solid, but have lacked the piazza of the bigger, console entries. With the PS Vita finally bringing Sony’s handhelds in the same ballpark as their consoles, you’d expect an entry on par with the home console installment entirely. And while that expectation is reasonable, for whatever reason, the handheld version of MLB: The Show once again feels scaled back, compromised, with very noticeable cutbacks that, while excusable on the PSP perhaps, remain baffling in their absence on the much more powerful PS Vita. 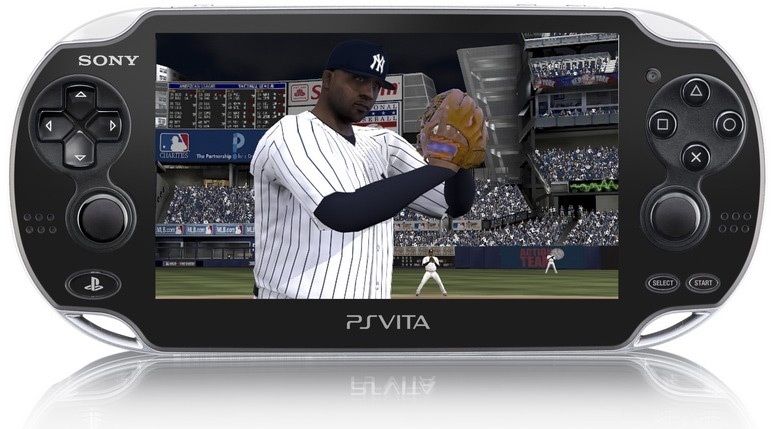 The most notable of these cutbacks is the absence of this year’s spearheading new feature, the Diamond Dynasty mode. Conspicuous by its absence entirely, the Vita version however, does have the Franchise and Road to the Show modes, both of which are in their full featured glory. Considering, however, that Diamond Dynasty mode is one of the additions that makes it easier to recommend this year’s MLB so easy to recommend even to players who own last year’s entry, the attractiveness of the PS Vita title is considerably lessened. Making your own team, replete with custom players, really added an entirely new layer of fun and replayibility to the PS3 game, so it’s sad that the mode is missing, given that there is no real good reason to. Hell, an AR enhanced mode, which involved players scanning baseball cards into the game and unlocking special players, would have been a great Vita specific feature that would have made it so easy to recommend this game. 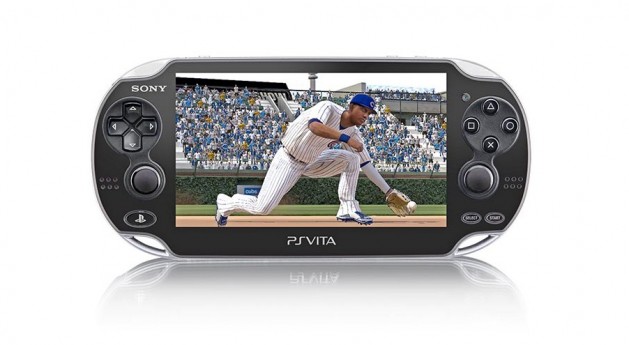 As much as I am complaining about the missing features, the Vita version still has a lot going for it, that makes it a good purchase for the dedicated fan, especially if said fan owns both the PS3 and PS Vita versions of the game. The marquee feature with which Sony is promoting the game is the ability to save your PS3 game on the cloud and then continue it anywhere on the PS Vita. This is a genuinely interesting feature, but one that is unlikely to see much use by anyone, given that the odds that you are a baseball fan who buys videogames, owns a PS3 and a PS Vita, and copies of MLB 12: The Show for both of them are incredibly low, if not outright zero. 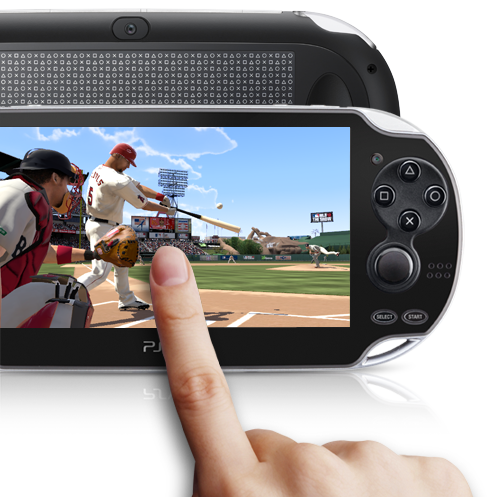 Other Vita specific features, however, are much likelier to be experienced by everybody. The game, for instance, gets touchscreen controls while pitching, which require the player to just tap where they want the ball to go, and then pitch. It’s very snappy, and is actually an improvement over the dual analog setup that the game. Coupled with the fact that the Vita version also retains the PS3 version’s new pulse pitching controls, the game feels snappier to play and control than ever on a portable.

What else is there of note? The game looks great, and has the series authenticity that is at this point par on course for the franchise. The commentary feels a bit more repetitive than the PS3 version, although I’m not sure if that’s just my imagination. One big knock against the game is its criminally long loading times, which are inexcusable for a handheld game, and more so when you consider that past portable renditions of MLB games, which ran off UMDs, probably had shorter loading times than the PS Vita game, which runs off a cartridge!

MLB 12: The Show on the PS Vita feels a bit like a wasted opportunity. Given the capabilities of the handheld, the game feels confusingly compromised and scaled back, almost as if it were a PSP game which was switched to the Vita at the last minute. And yet, the game features great controls, and is full featured in what it has. If you take it for what it is, you’ll manage to enjoy it- a game capable of delivering excellent baseball experiences on the go, particularly if you own the PS3 version of the game too. However, it’s a bit hard to not look at what the game could have been, and feel disappointed by that. For now, MLB 12: The Show gets good marks, simply because it is at least as good as the past PSP games. However, next year’s edition better deliver on the potential of the Vita, or the handheld side of the series at least will be uncharacteristically weak, and an unnecessary mark against an otherwise great franchise.

No Diamond Dynasty, long loading times, cloud saving is pretty much useless in the real world, the game feels bafflingly scaled back

Final Verdict:
GOOD
For now, MLB 12: The Show on the PS Vita gets good marks, simply because it is at least as good as the past PSP games. However, next year's edition better deliver on the potential of the Vita, or the handheld side of the series at least will be uncharacteristically weak, and an unnecessary mark against an otherwise great franchise.
A copy of this game was provided by Developer/Publisher/Distributor/PR Agency for review purposes. Click here to know more about our Reviews Policy.