At this point, most people have a good idea of what to expect from a baseball video game. The concepts have been ironed out over years and years of refinement, and people know what to expect from the genre. With that said, MLB The Show 21 delivers exactly what baseball fans expect. It’s not a game-changer, but it’s a solid experience. A few good changes here and there, mixed with strong fundamentals, make for a good experience.

Many aspects of The Show remain largely unchanged from the previous iteration. Most of the core mechanics of hitting, pitching, and fielding remain more or less the same. This isn’t a complaint, mind you. These core mechanics were already polished to a fine shine in the last game, and they remain so here. The learning curve isn’t too steep, and the game allows you to change the difficulty for each of the three individually, and on the fly during matches. The ability to set variable difficulty, meanwhile, allows the game to get progressively easier or harder as your skill changes.

The main showcase mode, Road to the Show, remains more or less unchanged from last year’s game. Strangely enough, though, it chooses to omit the actual process of trying out for teams. Instead, you start out having already been drafted, and get to choose which team you want to have been chosen for. It’s nice to get the option to pick, but the implementation is a bit clunky. It’s delivered through in-game dialog, where the game asks you about different teams, and you say “yes” or “no” until you get to the one you want. It’s a small quibble, it just seems like an odd choice. Still, it doesn’t take much away from the experience.

"MLB The Show 21 delivers exactly what baseball fans expect. It’s not a game-changer, but it’s a solid experience. A few good changes here and there, mixed with strong fundamentals, make for a good experience."

One thing I did really appreciate was the ability to run Road to the Show as a two-way player. Previous games largely locked you into a choice as either a pitcher or a position player. The option to request play as a two-way player really lets you get the best of both worlds, allowing you to bounce back and forth between pitching and position play. It helps mix things up, and keeps Road to the Show from getting repetitive as it goes on.

Overall, though, the core of the mode remains largely the same as last years. Play on the field provides incremental changes to your core stats. Play well, and you may get better in various stats that affect your performance on the field. Choke during a match, and your associated skills will deteriorate instead. Training during your off days allows you to zero in on specific skills, so you can buff your strengths or cover your weak points. Meanwhile, periodic challenges will pop up during gameplay, usually when you’re in a clutch situation. For example, as a pitcher when the bases are loaded, you can get challenges for things such as getting through the inning without giving up any runs. These challenges provide additional experience and skill bumps. The also help liven up the gameplay on the field.

Still, most of this is the same as last year. And in fact, the same can be said of most of The Show 21. If you played last year’s game, there isn’t a whole lot that’s changed with this new release. It does look a bit better. Animations are still excellent, as is the attention to detail in the stadiums, though facial animations do still look a little awkward. A couple of small tweaks to the modes, such as the aforementioned two-way play during Road to the Show, are welcome and help to spice things up. Overall, though, there’s not much new on offer here. That can definitely make The Show 21 feel like a bit of a harder sell. 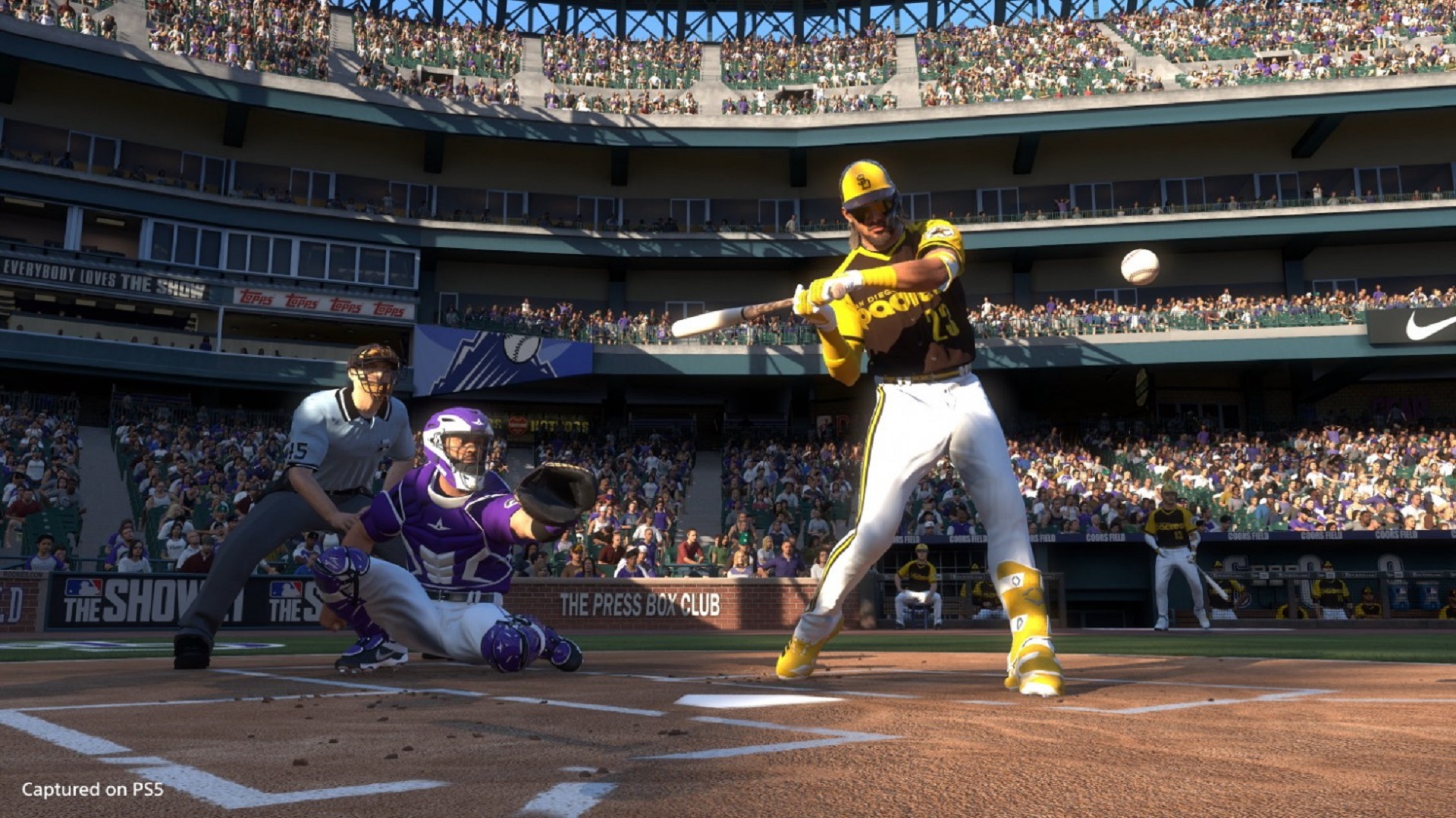 "Animations are still excellent, as is the attention to detail in the stadiums, though facial animations do still look a little awkward."

But that’s only true on the surface. Most of the improvements made here are small, incremental changes. They don’t seem like a lot on their own, but taken together they add up to a better product overall. Carrying your Road to the Show player to Diamond Dynasty is great, and the mode generally felt better than it did last year. Admittedly, this is a bit harder to quantify than some of my other points. I can’t really pinpoint exactly what felt better here. My team just felt better, more formidable right out of the gate. It felt less grindy than last year. It never overtook Road to the Show for me, but it’s a strong mode in its own right.

The rest of the modes feel the same. Franchise mode is as deep as ever, with a lot for players to sink their teeth into. March to October is still a lot of fun, and was my personal favorite mode outside of Road to the Show. There’s something so satisfying about taking a pro team and leading them to a stellar season, and March to October delivers that feeling perfectly.

Meanwhile, additional modes offer bits of gameplay outside of the core four options. Weekly challenges add some variety. Moments allows you to play as legends of the game in some of their most iconic moments. And one of my favorite options, Retro Mode, allows you to play the game with old-school mechanics. It’s a lot more casual than the other modes, but that doesn’t stop it from being a blast.

Technically, MLB The Show 21 works just as well as past installments. It looks good and plays seamlessly. The animations are excellent, as is the lighting. There’s very little stutter or lag during gameplay, and the controls are smooth, simple, and responsive. 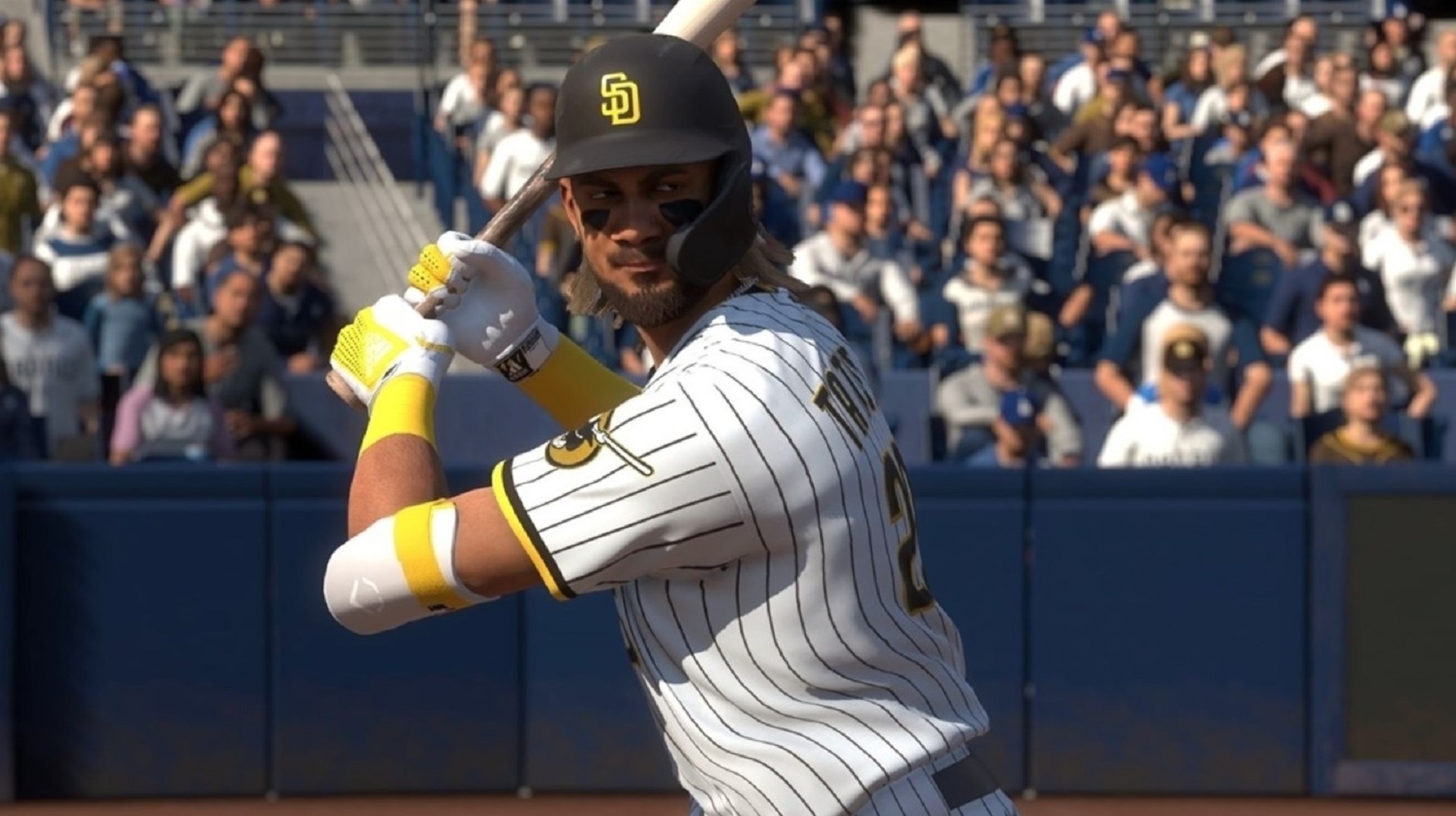 "Technically, MLB The Show 21 works just as well as past installments. It looks good and plays seamlessly."

That’s the best way to describe MLB The Show 21, honestly. It’s smooth, simple, and solid. It’s not a revolutionary title. It doesn’t do anything crazy or unexpected, and it doesn’t redefine sports games. Instead, it focuses on doing the things it does best. The core modes have seen changes and refinements that add up to a better, more satisfying experience. The controls and visuals are excellent, and the different gameplay modes all have something to offer. MLB The Show has long been one of the best franchises in sports games, and this installment is no exception.

Small but meaningful improvements make for a strong experience.

Facial animations still look a little wonky; Learning curve may be a bit steep for some.

Final Verdict:
GREAT
MLB The Show 21 does exactly what a sports sequel needs to do; it refines and expands on the best features of its predecessor, without taking away from what works.
A copy of this game was provided by Developer/Publisher/Distributor/PR Agency for review purposes. Click here to know more about our Reviews Policy.