So that's a good thing, right? 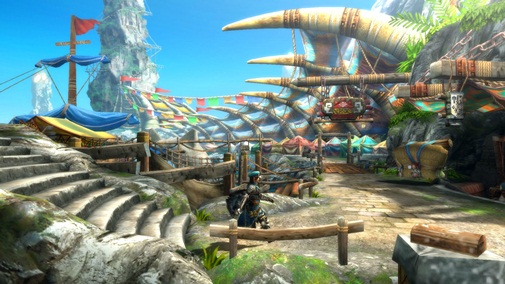 Monster Hunter 3 Ultimate was released last month in both Europe and North America for both the Wii U and 3DS. And it seemed like it would do alright. After all, it’s a Monster Hunter game, right?

Well, it could be doing better than expected as Nintendo of Europe president Satoru Shibata recently tweeted, “I’d like to apologise for the current stock shortage due to high demand of Monster Hunter 3 Ultimate at retail. New #MH3U stock will hopefully be available in shops next week for Wii U and mid April for Nintendo 3DS.

“Both versions of #MH3U are also available on Nintendo eShop. Again, I sincerely apologise for causing any inconvenience.”

Usually it happens when supply can’t keep up with demand. So that means the game is doing pretty well in Europe, right?

Nintendo had taken it upon themselves to distribute the game in Europe, as Capcom continues to publish the game. As it is, there are no official sales numbers available.