The challenge starts to pick up with these three monsters. 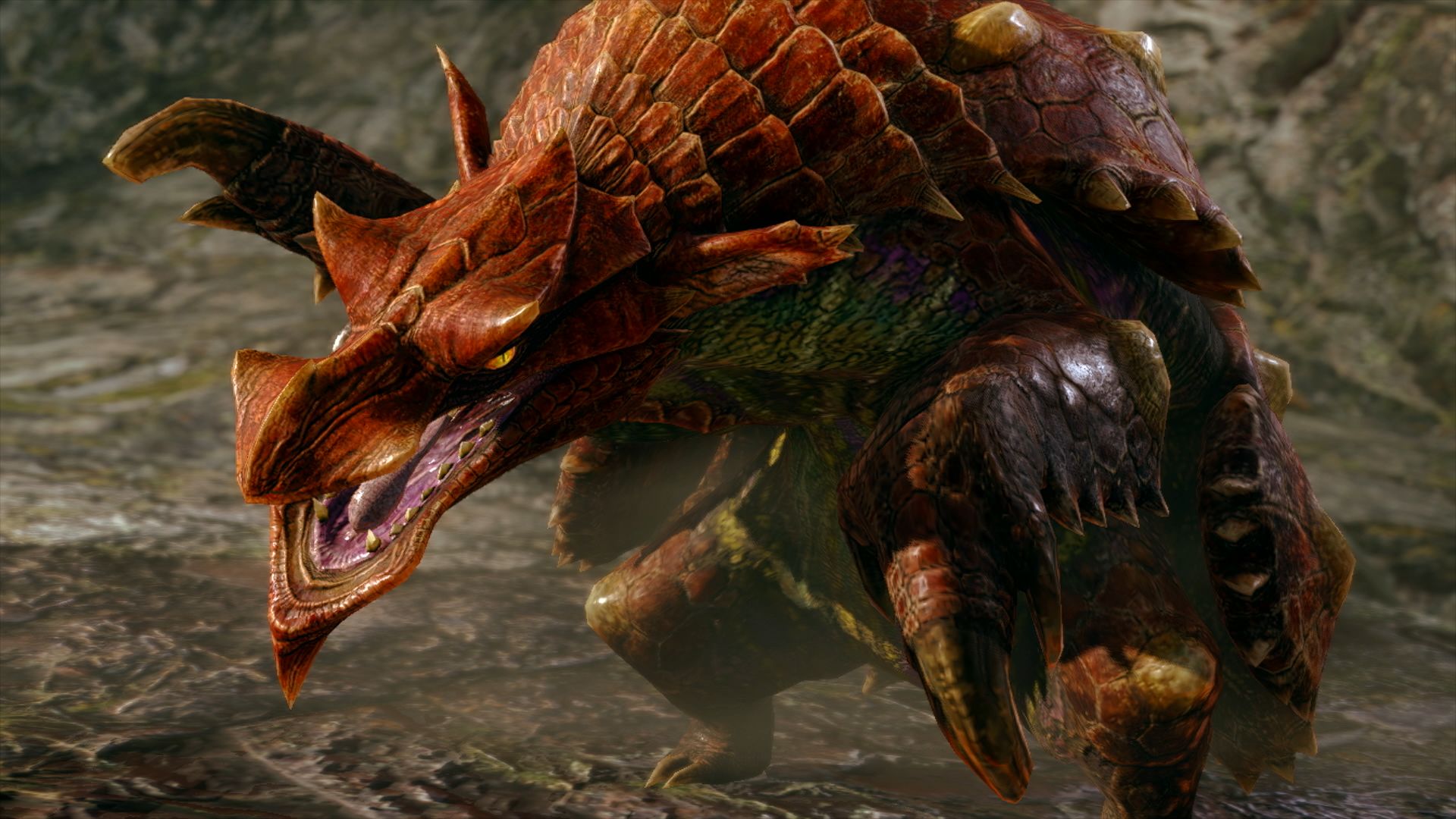 The real heavy-hitters haven’t shown up yet in Monster Hunter Rise but that doesn’t mean this next batch of monsters is a cake-walk. First up is Great Wroggi, yet another Bird Wyvern that can summon minions (in this case, normal Wroggi). Its main calling card is the poison it spits out as a toxic cloud – it’s advised to attack at off angles to make avoiding this easier.

Water is its main elemental weakness and you should focus attacks on its head in order to break its poison sac. This will cause its poison cloud attacks to become smaller while also clearing them up quicker. Great Wroggi will hip-check you if you’re poisoned so take a moment to consume an antidote when necessary. Beware its tail-whips, which it can continuously use, and charges which sometimes follow its poison attacks.

Next is Arzuros, a Fanged Beast that looks like a honey badger mixed with a bear and is just as vicious. Its elemental weaknesses include Fire, Ice and Thunder with its foreleg being the main breakable part. Its head is susceptible to all kinds of damage. When attacking the rear or hind leg, cutting and impact damage are the best. Shot damage is especially good when damaging its upper half. Exhaust, Sleep, Paralysis and Poison serve as strong ailments against it.

Arzuros will usually swipe at the player, which is easy enough to avoid, and lunge with both front paws at once. The one attack you need to be careful of is its pin, which is capable of stunning and throwing the player. It can also unleash a charge with some decent travel time. The key is to focus on breaking the plates on its hind legs (Ice is the best element in this regard and cutting damage the most effective). Doing so will cause Arzuros to trip more often, thus opening up opportunities. It can easily attack with its rear when it goes from a standing to seated position – be careful once it gets ready to sit down.

Volvidon is another Fanged Beast, one that spits fluid that can inflict Paralysis. It also rolls around continuously – one of its rolling attacks sees it leaping into the air and then dropping down with area of effect damage (which can also cause you to stumble). It stays on its back for a good few seconds, providing some time to attack. Volvidon is also capable of backwards rolling to quickly create distance.

If all of this wasn’t enough, it can also shoot out its tongue from afar and deal damage. Be careful attacking it from the rear as well since it can emit gas – you’ll see it seeping from the monster before the attack goes off. This inflicts the Stench/Soiled debuff which prevents item usage so keep some Deodorants handy.

Bring Water or Ice element weapons and focus on attacking its head and back. Weapons like the Hammer, Charge Blade and Switch Axe can be very good against Volvidon, especially when it starts rolling around. If you catch it before it rolls, there’s a chance it will be interrupted and remain vulnerable for a short duration. Break the armor on its back and keep piling on the damage to emerge victorious.