Familiar foes make up the next set of targets. 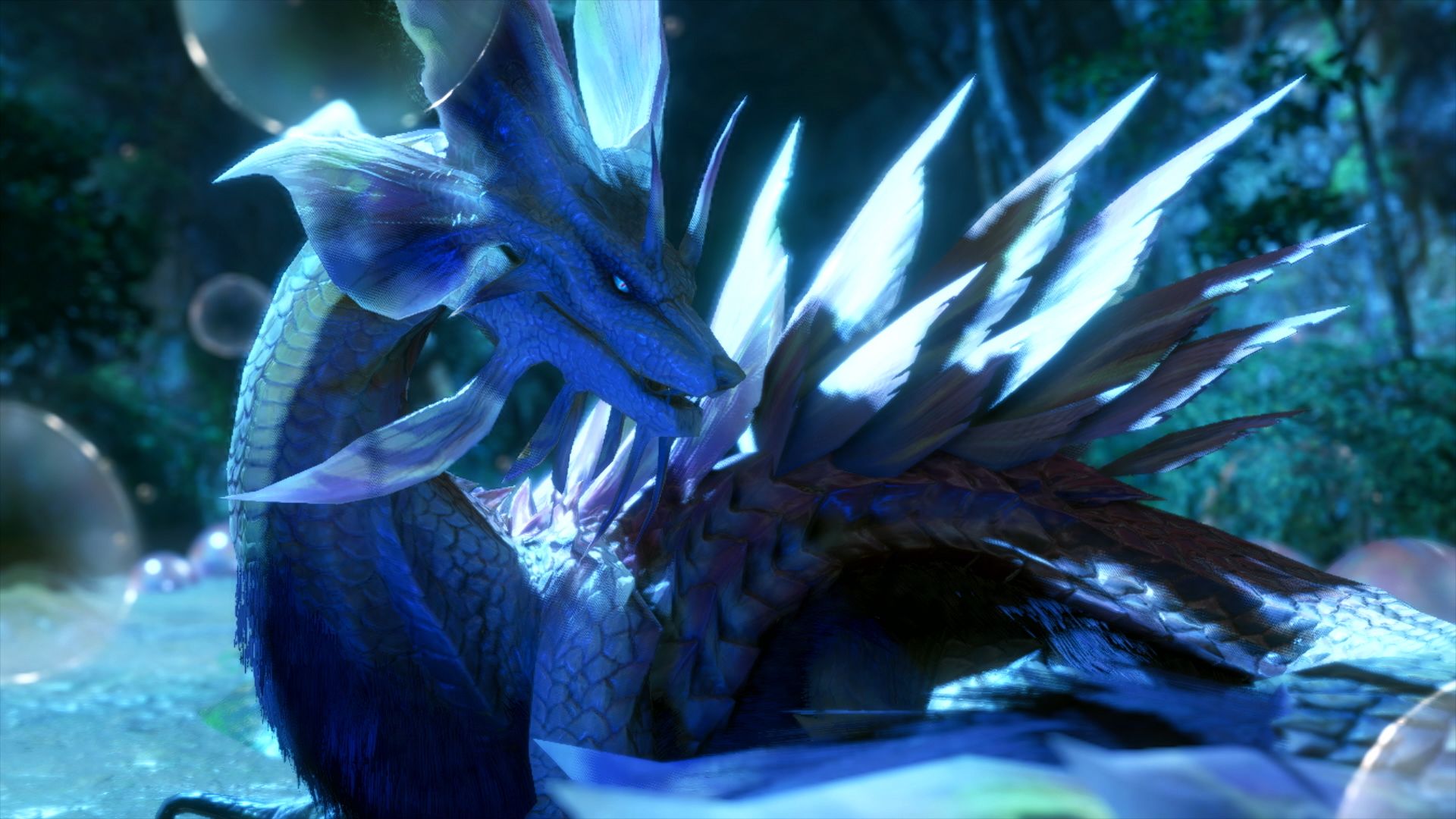 The classic T-Rex-esque Anjanath is the next major threat in Monster Hunter Rise. As you’d expect, it’s a fairly big pain but the fight functions much like previous titles. It can use Fire attacks and inflict Fireblight with Water being its major weakness, followed by Ice and then Thunder. In terms of breakable parts, the head, snout and tail are all fair game for Cutting, Impact and Shot damage. But its wings are also worth focusing on, especially for Bowgun users.

Anjanath can be a bit tricky at first. Hitting its head can be difficult given its relative size (on average, that is). You can position yourself at an off angle but attacking it head-on opens you up to its bites. Attacking its legs will see it swiping at the player but damage them enough and you can knock Anjanath off balance. Be careful of its tail swipes and charges along with its leap. Anjanath can also toss a large stone from range so keep it in your sights whenever possible.

Anjanath’s rage state sees fire emitting from its mouth and its “wings” opening up. Be extremely careful when attacking from the front since it will perform an extended attack that deals heavy damage. Don’t Wiredash when taking the first hit – simply lay on the floor until it ends (since you have invincibility frames in this state anyway). Keep attacking its legs and when Anjanath goes down, bring out the heavy attacks on its head and snout.

How to Defeat Nargacuga

Nargacuga is another series’ mainstay – a Flying Wyvern that’s known for its agility and blood-red eyes. It’s weak to Thunder, followed by Fire, and resistant to Water and Ice. Ailments like Waterblight, Thunderblight and Blast are most effective. Its head is great for Cutting and Impact damage. All kinds of damage work decently on its abdomen, tail, foreleg and tail tip.

Nargacuga likes to attack with its tail, swiping at the player casually, planting it into the ground with a large slam or spinning in a circle. After slamming its tail, it will become stuck for a brief time so take advantage of this. It will often leap around to reposition when it’s not lunging at you. When it stands in place and starts spinning its tail, be careful of the spikes it shoots out. This also presents an opportunity to Wiredash into its head and deal some damage.

Once its eyes turn red, Nargacuga will become faster and even more relentless in its attacks. If you’re using a weapon that can inflict Stun attacks, try focusing on its head and K.O. it. This will open up a damage window on top of shaving precious seconds off of its enrage timer. You can also ride your Palamute and get some distance if you want to play it super-safe.

Unlike the demo, you’ll have better opportunities to gear up against Mizutsune. Don’t go underestimating it though as this Leviathan is still incredibly deadly with its Water attacks, bubbles and movement. Thunder is its main weakness, followed by Dragon element. Thunderblight is a decent ailment against it but Blast can also be effective. In terms of weak spots, you’ll want to target its head primarily with Cutting and Impact damage. The neck, tail and dorsal fin are decent alternative spots for all three damage types.

Mizutsune is fond of shooting bubbles from its mouth and charging quickly. While the bubbles won’t knock you away on contact, the damage can build up over time so avoid them. Mizutsune’s most annoying attack is its water spray. If it’s slicked up, it will slide along and sweep across the arena with a single jet spray. Otherwise, its spray will be uncontrolled. Head as close as possible to the right and try to get behind its head when it uses the attack or simply give it some distance (Wiredashing into the air works). If you’re afflicted by the bubbles, dodge roll until the effect wears off or use a Cleanser. Of course, it can also fire a quick jet spray at you in the later parts of the fight so try not to stand in front of it.