Capcom's latest collaboration DLC stars the master of the Satsui no Hado himself. Two more collab DLC will release this Autumn. 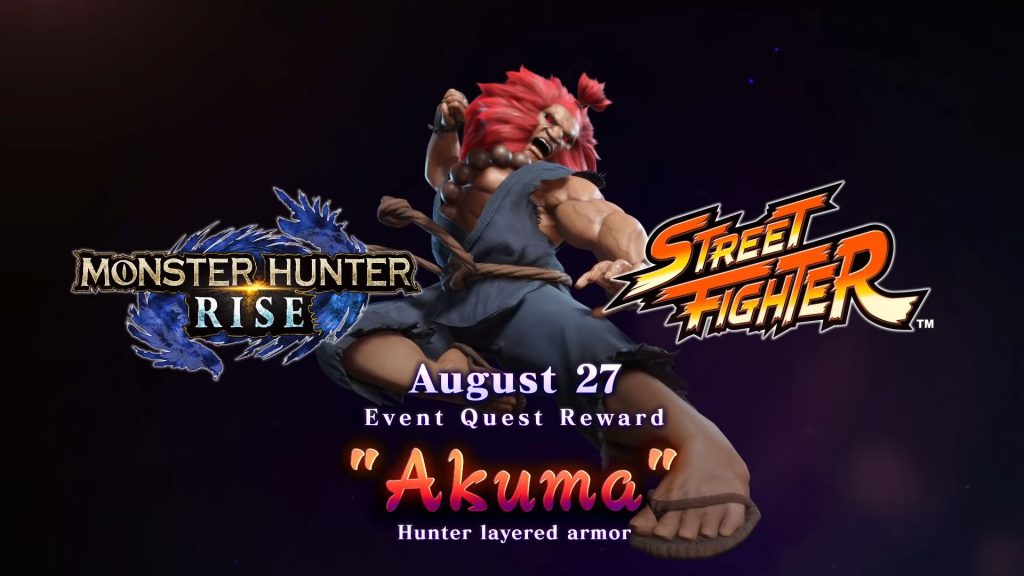 After Monster Hunter Stories 2: Wings of Ruin and Okami, Capcom has announced that next collaboration coming to Monster Hunter Rise. It’s a new layered armor set for Street Fighter’s Akuma, allowing players to utilize the Satsui no Hado (though you’ll still be running around with regular weapons). Check it out below and watch monsters like Magnamalo and Rajang taking note of the fighter’s presence.

Along with his trademark Hadouken – which can be fired while in mid-air – Akuma can also use the Shoryuken and Tatsumaki Senpukyaku (aka Hurricane Kick). And of course, his signature pose is also present. The armor will be awarded from an event quest, which goes live on August 27th.

Monster Hunter Rise is currently available for Nintendo Switch and releases in early 2022 for PC. Two more collaboration DLC will be releasing this Autumn so stay tuned for more details. In the meantime, check out our review for the base game here.