Some tips and tricks that will make the fight against the Behemoth easier. 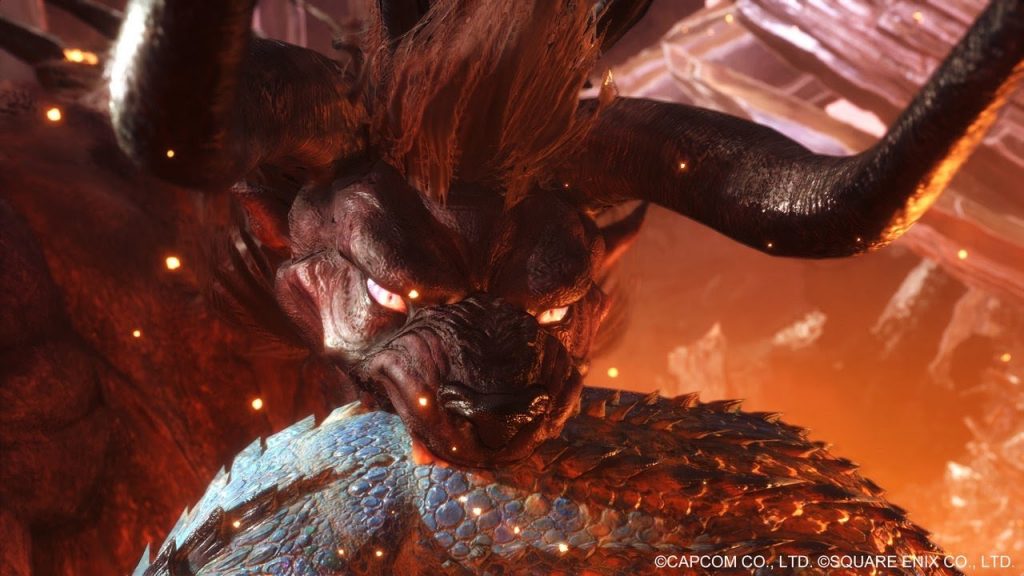 As part of the crossover event with Final Fantasy XIV, Monster Hunter: World got the Behemoth as a boss in the game. You have to do some quests to be able to go up against the Behemoth and it will be quite a unique fight and different  from what you’re used to seeing in the game. This guide will tell you all you need to know to defeat the Behemoth and take home all of that great loot.

Tips and Tricks To Defeat The Behemoth :

There are information boxes that will pop  up occasionally during your fight with Behemoth that will let you know what’s going on with this boss. Whenever he’s going to perform any attack, look at the information boxes to see what kind of spell he is going to throw at you. Secondly, as usual try and get rid of its tail. One of the boss’ most annoying attacks is its Tail Swipe which deals a lot of damage to everyone caught in its huge range so try and attack it. If nothing else, this should stop those annoying tail shots.

Behemoth will also keep using different spells. For example, the comet spell will leave behind a large rock, and you should make sure that the Behemoth doesn’t smash this rock. You will need these rocks to protect you when he uses his ecliptic meteor spell which can cause instant death for anyone who isn’t hiding behind the rocks. Next up is the charybdis spell, where he will basically cause a tornado to start growing at a player’s feet. One way to deal with this is to draw the tornado away from the action and your teammates. The best way to counter this is to use a flash bomb.

And lastly, as with every boss, exploit its weakness. Behemoth’s weakness includes sleep, poison, stun, paralysis, and blast. Make sure you plan ahead with these weaknesses in mind so that you can really exploit  these weaknesses to deal a lot of damage against the Behemoth.

Below you fill find the complete boss and the Behemoth ‘Drachen’ Armor, Dragon Soul Kinsect and Gae Bolg Insect Glaive in action.