A third premium DLC pack is making its way to Mass Effect 2.

Announced by EA, the project known as Overlord is due for release next month. It will have players fighting the AI in a laboratory.

EA has kept quiet about most details, but we know it will be set across “five levels set across one story on one planet”. Unfortunately, this DLC will not add new party members to your posse, and neither will any further DLC according to executive producer Casey Hudson.

He also added, “Overlord is a standalone story which can be played before or after the end of Mass Effect 2, providing players with an evening or two of new adventures.”

EA also confirmed that more DLC is on the way, “We have several new DLC packs in development and we plan to keep that up – there’s always something new around the corner for the long-term Mass Effect players.”

To whet your appetite, check out the screenshots below. 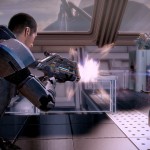 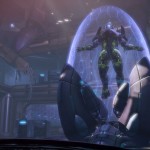