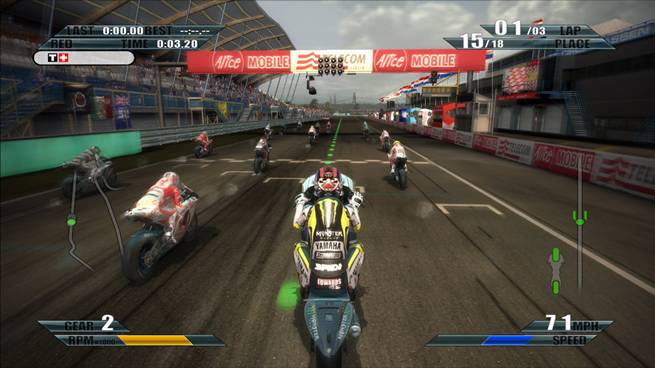 Capcom has confirmed that MOTOGP 10/11 will be released in March 2011. “MotoGP 10/11 will offer gamers the most true to life gameplay of the series so far” commented Michael Pattison, Senior Vice President Marketing, “We hope that fans will be pleased with the improvements made to next year’s title, allowing gamers to adapt their playing experience to suit their individual racing style”.

The game is being developed by Monumental Games. ‘Career’ mode will be complimented with the addition of brand new co-op play. Through local splitscreen gameplay a second player can jump into the race and become a team mate, helping to take your team to pole position. The classic ‘Championship’ and ‘Time Trial’ modes are back along with a revised ‘Challenge’ mode. This year fans of the MotoGP will be able to play as their racing hero from the start in all three of these game modes.

The game will be released on the PlayStation 3 and Xbox 360.