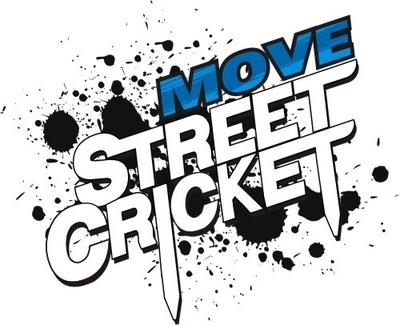 Move Street Cricket is an unbelievably outdated game. Developed by Trine Games, an Indian studio, I didn’t have any high expectations from this game in the first place to be honest. Less chance of being burned and all that, you know. As the name implies, Move Street Cricket focuses on two things: Sony’s motion control peripheral – the PlayStation Move; and the venues – which are completely different and gives a local Indian flavour to the game

As a former Cricket fan, the game’s concept sounded really promising. I mean, any male who is 20-years old and above in India must have played street Cricket with friends. I did it as well and have fond memories of it. This game is like that ball you accidentally hit towards a glass window while batting, and while you’re standing there watching in disbelief, the first thing your brain tells you is to run as fast you can. Anywhere.

The menus are nicely designed and the game gives off a good first impression. If you don’t have a Move controller plugged in, the game will   ask you to choose between the Move and DualShock 3. I tried both the control options, and since this game is mainly a showcase for the Move, and considering plenty of people have been clamoring for a Cricket game that supports Move, I will talk about that a bit more. Although, it’s nice to have options, and it also doesn’t restrict their market for the game. After all, how many people in India (main market for this game) have Move controllers for their PS3’s? 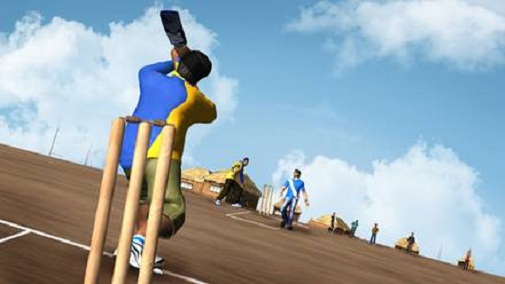 There are a bunch of modes here: Exhibition, Mini-games, and World Tournament. The Mini-games mode is by far the most interesting part of the game, and I actually spent a lot of time there than I was supposed to. It’s quite simple – there are four sub-categories there like: Sandbox – where you can train your batting skills with an automated ball thrower. It’s really straightforward and is just simple batting practice. The music here actually works in immersing you in the game. The choice of music isn’t that good, however, but it works, and that’s basically the point, right?

In Sharpshooter, you have to get as specific amount of runs in an over as possible while avoiding areas which can give you a negative score. Time Buster, as the name implies, has you racing against the clock trying to score runs, and is also my most played mode. In Terminator, you’re supposed to hit the ball thrower -which keeps changing locations- to defeat it, and if you you keep missing, you’ll be defeated instead. There are health bars in the lower left corner to make things easy.

Now, when it comes to the basic tracking, this is where things go all wrong. It’s simply a nightmare to play with the Move controller, and at times, I had basically no idea what I was doing, other than looking like a fool, of course. There is a severe disconnect here as the actions you do with the Move controller does not match with the one the in the game. The animations are simply terrible. Even if you play with a DS 3, the animations for the batsman and bowler are completely awkward. In fact, seeing it is far more embarrassing than playing with a Move controller desperately trying to hit the ball. 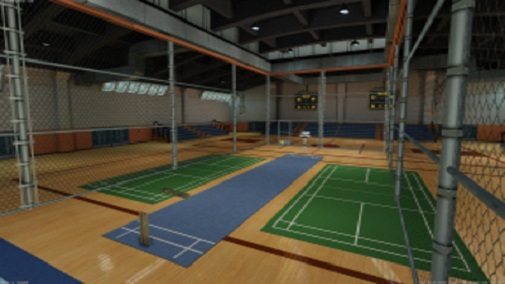 No other pic available

Since the eight or so venues in the game are pretty small, you can pretty much hit everything for a six behind the slips, and I’ve noticed that it’s the only area where the AI also keeps hammering all my deliveries for fours and sixes. Its basically an uphill battle against the AI, as it’s pretty hard to get a wicket here. The bright contrast and colour palette, along with the dull textures can complete confuse you to the point of frustration. To complement this nicely, we have the Move controls which is a struggle in itself, and you can see why this game is so fun!

I’ve completely stopped hoping for a decent Cricket game, and it’s a bit disappointing that EA has stopped making them. Call them whatever you want, but when it comes to sport games such as these – the games developed by EA don’t venture into the embarrassing category. Okay, there may be a few, but you get my point. Maybe Codies’ can spin some of their magic with Move? One can hope, surely? Trine has added a few variations of gametypes available in the exhibition mode, and this is basically their way of staying true to the street Cricket culture.

The effort by Trine here isn’t that bad, and I can’t really say I’m extremely disappointed. I knew what the product was going to be, and it will take a stellar effort by an Indian developer to change this perception. So far, that’s not going to happen, but I would love to be proved wrong. I’m not saying Move Cricket is the worst Cricket game ever made, it’s close but the Mini-games are actually fun and refreshing, and is a saving grace for a game, which falters badly in the thing it’s supposed to excel at – Move controls. There’s no point in calling it Move Street Cricket, other than for marketing purposes. 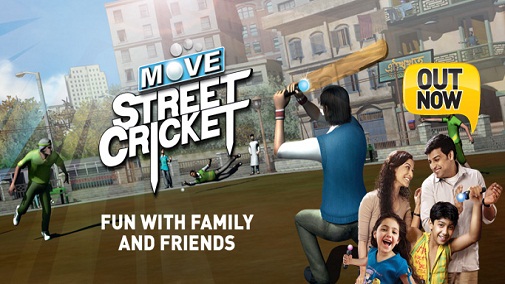 The background sounds you hear while playing the game was refreshing – mostly Hindi banter. Things like these are great because it shows that the studio was trying to create a game with proper attention to detail. I do not know whether its technical incapability, or a low budget, or whatever may be the reason for creating such an unpolished work, and this applies to most Indian developers, but when you look at the upcoming stellar Indie games out there, you just have to wonder whether Indian developers are simply incapable of creating a product with an acceptable level of quality.

The Mini-game mode is quite fun. The game is better than Ra.One. The menu design is decent, but I'm just trying to find something positive here.

Where to begin? Well, the game is highly unpolished. The Move controls don't work properly. The animations are hilariously bad. Poor visuals and underwhelming overall package. 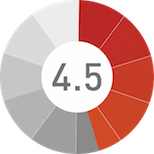 Final Verdict:
BAD
Move Street Cricket isn't a worthwhile purchase at the current price, and it isn't a polished product either. The Move controls don't work well, and that basically makes this game completely pointless.
A copy of this game was provided by Developer/Publisher/Distributor/PR Agency for review purposes. Click here to know more about our Reviews Policy.