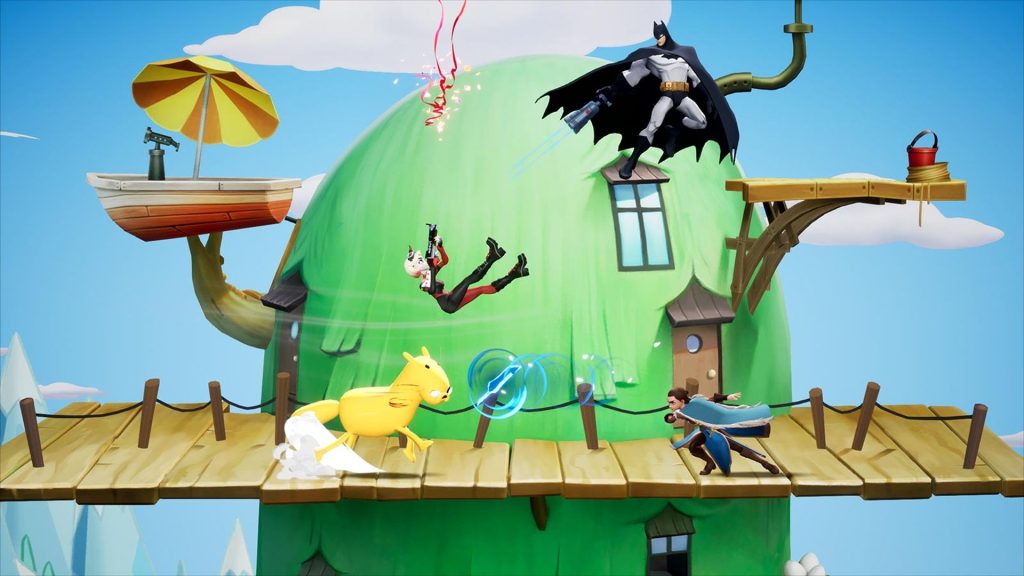 Season 1 for Player First Games’ MultiVersus launches today, bringing Arcade Mode, Ranked Battle and a new Battle Pass for all players. While Morty from Rick and Morty arrives on August 23rd (with Rick coming later in the season), it seems there are other characters on the way. Game director Tony Huynh teased a “surprise” and a look at some “future unannounced characters” on the login screen today.

More details and announcements are coming but Huynh confirmed that these characters would arrive sometime in Season 1. However, it seems the surprise has leaked early. InTheShade on Twitter posted a leaked image for the new characters, which seem to be Black Adam from DC Comics and Stripe from Gremlins.

Black Adam’s appearance mirrors his comic book appearance but a variant resembling the upcoming film may also be coming. As for when these characters will go live, we’ll need to wait for more details in the coming days.

There’s a surprise and a look at some future unannounced characters in the login screen tomorrow. More announcements and details coming. #MultiVersus

Characters will be arriving sometime during Season 1.

And here's the highest quality version of the Black Adam and Stripe image so far! #MultiVersus