Something something countdown timer. 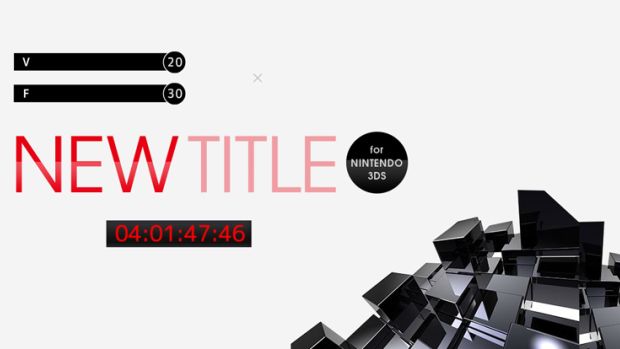 Project Aces, which will be another Ace Combat game if the name wans’t a giveaway, isn’t the only project Namco Bandai is teasing. The Japanese publisher/developer recently launched a teaser site for another new title. Aside from the “V 20” and “F 30” and a nifty countdown timer, the only other detail confirmed thus far is that the game will be coming to Nintendo 3DS.

As it stands, the countdown ends in less than four days as of this writing. A 3D structure is prominent on the lower right – your guess is as good as ours as to what it can be.

Namco Bandai is no stranger to the 3DS. It recently released Project X Zone, a crossover action RPG developed by Monolith Soft and Banpresto, for the handheld to decent reviews. Stay tuned for more details especially in this week’s Famitsu magazine on both the new title and the new Ace Combat.