Narcosis Interview: Into The Abyss With VR

There are few terrors in this world like being trapped underwater, helpless to struggle against the deep blue abyss as the pressure threatens to collapse you. Such terrors are hard to recreate in video games but imagine doing so in virtual reality. That’s the goal of Honor Code’s Narcosis as players enter a so-called “walking coffin” of a diving suit and deal with hallucinations underwater. GamingBolt spoke to creative lead Quentin De Beukelaer who educated us on what makes Narcosis so unique and why you should be excited for it. 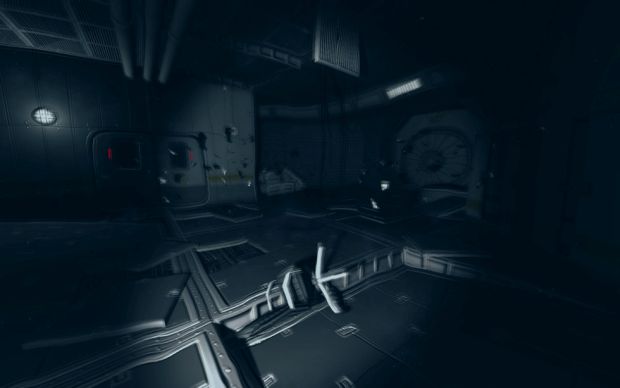 "You have to deal with this big clunky suit of armor that is both protective and restrictive. We want the player to feel like they’re trapped in a “walking coffin”."

Narcosis doesn’t seem like your typical underwater horror experience…at all. What inspired the idea behind Narcosis and how has the concept changed since it was first conceived in 2011?

Quentin De Beukelaer: ​The game was originally inspired by the mystery that ​is the deep sea. We know the surface of the moon, or even Mars, better than we do the depths of our oceans! The original concept was an exploration game, but then we started to think how awful it would be to be left for dead in the abyss. From this terrible scenario came the original pitch for Narcosis.

Since its start as a school project, the concept hasn’t changed that much. We tried a few game mechanics, and experimented with several approaches to storytelling, but the core of the experience we want to deliver is the same.

Though we’re tempted to compare Narcosis to Frictional’s SOMA (due to the underwater setting), the game seems to employ a much more claustrophobic feel to its navigation. How does gameplay work in Narcosis and what can players expect?

Quentin De Beukelaer: ​In Narcosis, the diving suit used by the protagonist plays a big role in both gameplay and the ​player’s experience. You have to deal with this big clunky suit of armor that is both protective and restrictive. We want the player to feel like they’re trapped in a “walking coffin”. We also manipulate the mindset of the protagonist via hallucinations to create exotic gameplay sequences that contrast with the overall realism of the experience. I don’t want to reveal too much about these “narcosis moments”, but the player will see them soon enough!

Narcosis uses a first person narration of sorts over the course of gameplay, which is something we don’t really see in horror games. What inspired this facet and what challenges did you face with regards to the game’s pacing and overall atmosphere?

Quentin De Beukelaer: ​These days there are plenty of games that downplay the action element in favor of the narrative element. In some noteworthy cases, such as Dear Esther, Gone Home, or The Stanley Parable, the action has been almost entirely removed. That was really inspiring to us, even if they don’t really convey a real challenge in the classic meaning. At some point we considered going for a fully immersive, challenge-free narrative experience for Narcosis, but thought that at an emotional level, the friction between the player’s intentions and gameplay obstacles are huge assets in building tension and thrills. 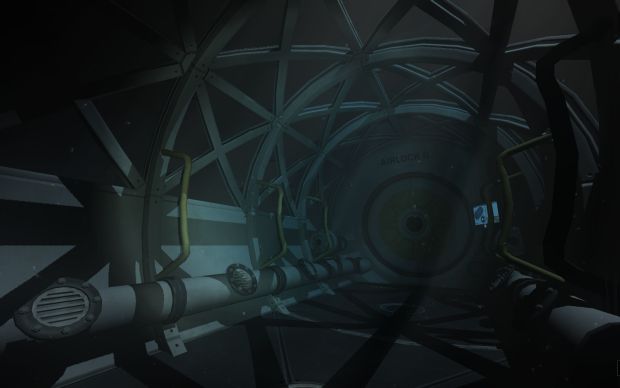 "Players’ lives are full of distractions, fun and serious; as artists and creators, it would be arrogant and careless to take more of their time than we need to, to say what we have to say."

What has your experience of developing in VR been like? What are some of the more difficult challenges you’ve faced in working on a VR game?

Quentin De Beukelaer: Working on VR is really fun; it feels like an uncharted land of digital experience. You feel like you’re paving the road for gamers, and other game developers too. The biggest challenge maybe, is to make sure the player doesn’t feel dizzy because of the inner ear not matching what the eyes and ears perceive; to overcome this takes a lot of design, art, and tech work.

With several VR-centric titles working to make the player comfortable with the experience, how did you use the technology to best induce discomfort and amp up the horror factor?

Quentin De Beukelaer: There are a lot of rules, such as “never take the control of the player’s camera,” and “minimize as many possible movements that don’t match the inner ear’s perception”. Above all: “don’t abuse jump scares (because they’re super effective in VR!)”. Fortunately, Narcosis works great on standard screens, too. Players can go from VR to screen and vice versa, and still have a great Narcosis experience.

What kind of playtime is expected with Narcosis? How do you properly the game’s overall entertainment value as a first person experience vs. the longevity of your typical video game?

Quentin De Beukelaer: Narcosis‘ playtime will be around 5 hours. Movies can provide amazingly immersive experiences in two hours, and some games, such as Gone Home, Monument Valley, and Undertale have done it too. Players’ lives are full of distractions, fun and serious; as artists and creators, it would be arrogant and careless to take more of their time than we need to, to say what we have to say.

Can you tell us about the engine behind Narcosis along with the resolution and frame rate you’re aiming for?

Quentin De Beukelaer: We use Unity 5, which we’ve tweaked as much as possible to get the visual feeling we were looking for. Full HD, at 60FPS for screen and 90FPS for VR is how we want players to experience Narcosis. 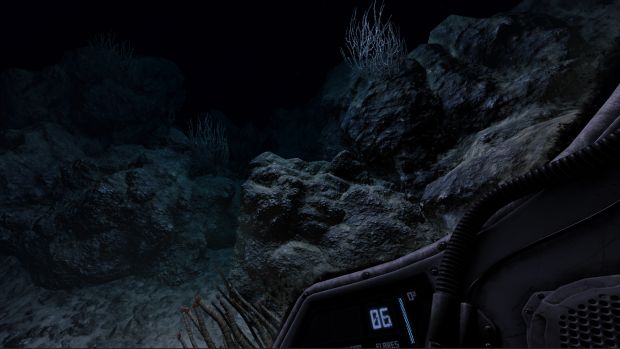 "We’re a small team, so we don’t have the bandwidth to deal with a PlayStation 4 port right now– not only because the VR aspect, but also the intrinsic architecture of the console."

With several VR devices releasing next year, what is your take on the overall viability of the medium for gaming? Will it be a long-lasting trend that survives the initial curiosity?

Quentin De Beukelaer: VR is really promising, not only for games, but for entertainment in general. It has also amazing potential for serious applications (medicine, engineering, education…) too. However, I think that it’s too soon to say if it will be a revolution or a niche thing. Mobile gaming was totally underestimated and now it’s a behemoth; 3D cinema was supposed to blow our minds, and now everybody looks down on it.

So for the time being, I prefer to focus on delivering a great VR experience with Narcosis because this is something concrete, and not thinking too much about where VR will be in 2-5 years.

What are your thoughts on Sony’s PlayStation VR? Will Narcosis be releasing for it or are there plans to support it?

Quentin De Beukelaer: We’re a small team, so we don’t have the bandwidth to deal with a PlayStation 4 port right now– not only because the VR aspect, but also the intrinsic architecture of the console. But we have dev kits, and we really want to bring Narcosis to many consoles and VR platforms. So, console players, expect us!

When can we expect Narcosis to release?

Quentin De Beukelaer: Expect Narcosis to hit the digital stores for PC, Mac and Oculus Rift in March. That’s just four months (which makes think I should go back to my tasks now)! And again, console-playing friends: you are not forgotten.