Either way, no “Ninja Vanish!” to save you here.

CyberConnect2’s Naruto Shippuden: Ultimate Ninja Storm 3, which is currently following the Fourth Great Ninja War Arc in the manga (along with other portions), will feature battles between Tailed Beasts and Crowd Fights according to new screenshots released by Famitsu. 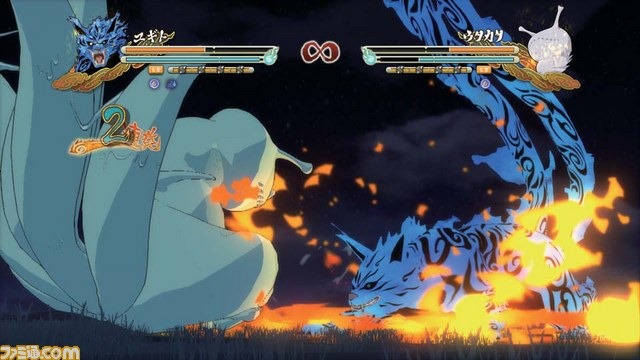 The Tailed Beast battles are straightforward: As two Jinchuriki are facing each other, say Naruto and Gaara, when one’s physical strength becomes low, they can convert to Tailed Beast mode to continue the fight. This is the process of abandoning the human host’s form and assuming the form of a Tailed Beast entirely. Hoss fight! 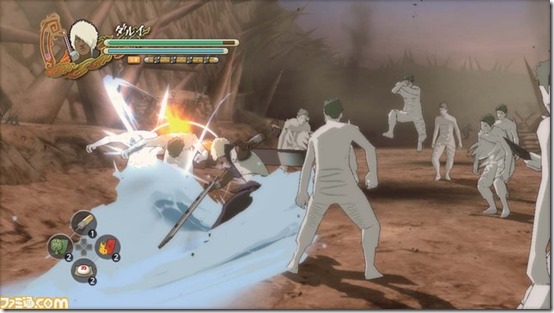 Crowd battles, on the other hand, help break up the monotony between typical one-on-one battles. They allow characters to move about freely on a 3D plane and fight against multiple enemies at once. This is a nice change and will help to facilitate the huge Ninja War fight scenes all the better.

Naruto Shippuden: Ultimate Ninja Storm 3 is currently set to release for PS3 and Xbox 360 on March 5th in North America and March 8th in Europe.