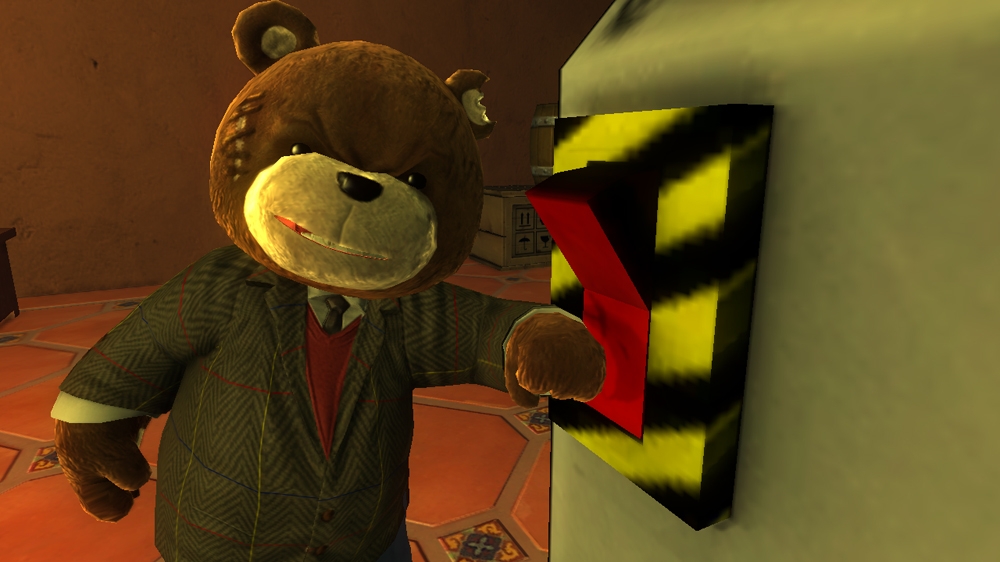 Naughty Bear is a very misunderstood creature. No, he’s not lonely. No, he doesn’t secretly long to be friends with the other bears. He hates them. He hates them all and he wants to kill them. What’s not to understand (or love) about that?

Now the big bad bear has been unleashed as Naughty Bear Panic in Paradise is now available on Xbox Live Arcade and PSN for 1200 Microsoft Points and £14.99 respectively.

Of course, that’s only part of the 38 bear-killing story. You also have two kinds of DLC, one being the Paradise Island Chainsaw Massacre which provides a Bearface mask, costume and chainsaw weapon along with a unique ultra-kill for 240 Microsoft points or £2.39/$2.99.

Then there’s the Mjolnpaw weapon, which is “so ridiculously big that normal bears can’t even lift it” but that of course doesn’t include Naughty Bear. Seems legit. And it’s available for 80 Microsoft Points or £0.79.