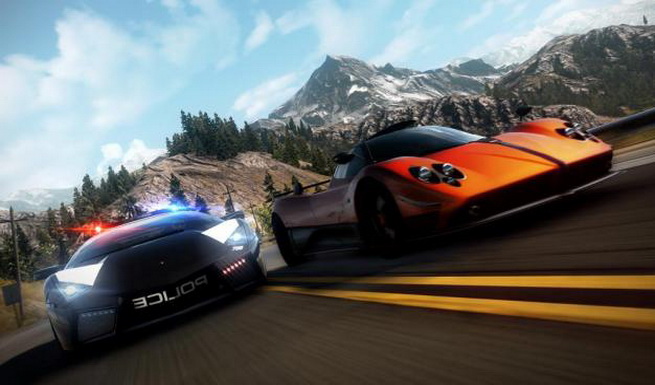 EA and Criterion Games today announced a demo for Need for Speed: Hot Pursuit which will be accessible from Oct 26 onwards for a limited period of time.

Gamers can enjoy the brand new social networking feature, Autolog in the demo which will allow them to challenge their friends for setting the best lap time possible. You can also play solo or invite a friend over which will unlock an extra track in the demo( Roadster’s Reborn).

In the demo, you will be able to chase as a cop in the Dark Horse Hot Pursuit mode, speeding through coastal highways and ridges of Seacrest County. If you download and play the demo, you will also earn 500 bounty award points which you can carry over to the full version of the game and unlock events and exotic cars. Good stuff.

“Need for Speed Hot Pursuit is blowing the roof off social competition and bringing excitement back to the racing genre,” says Matt Webster, Producer at Criterion Games. “We’re putting players and their friends at the heart of the gameplay experience by automatically tracking and comparing each person’s performances. This demo will give gamers a snapshot of Need for Speed Autolog and how we’re amping up the energy of intense pursuits, competitive racing and online connected play – nothing is more powerful than beating your friends.”

Need for Speed: Hot Pursuit demo will be downloadable from XBLA on Oct 26, PSN on Oct 27. No word about a PC demo yet. It will end on Nov 9.

Good chance to check it out before deciding if it’s worth it or not.