How good does Payback look on the PS4 Pro and the Xbox One X? 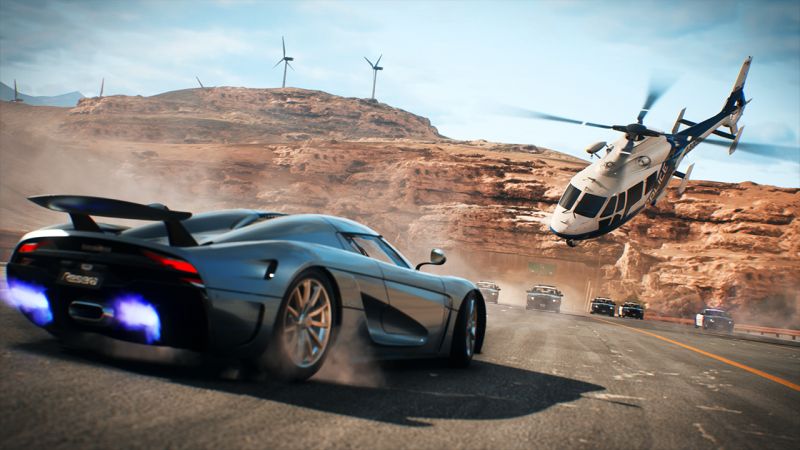 Need for Speed Payback was quite a disappointing game. We gave it quite a low score of 5/10 in our review (which you can read right here), and called it out for a number of significant issues. But the one area where Payback is actually more than just decent, which was something we mentioned in our review as well, is the visuals. They’re not spotless, of course, but for the most part, Need for Speed Payback looks really good. It is now also playable on the PS4 Pro and the Xbox One X, so those visuals have received a bit of a boost- but just how much of a boost? And how do the two versions stack up against each other?

This should really come as no surprise to anybody, but Payback on the Xbox One X looks significantly better than on the PS4 Pro. Both versions run at a mostly solid frame rate of 30 frames per second, but the parity ends there. When it comes to the resolution, the Xbox One X version of the game is a pretty big jump over the PS4 Pro, and though we cannot confirm with certainty the exact pixel count, we can tell you the area that both versions land in.

On the Xbox One X, Payback runs at a resolution of what seems to be native 4K, which looks about as impressive as you would expect it to, while on the PS4 Pro, the game is rendered at more or less 2560 X 1440.  It goes beyond just the resolution, though, since developers Ghost Games have made several other improvements in other visual aspects of the game on the Xbox One X, which isn’t something that can be said about the PS4 Pro version of the game as well. On the Xbox One X, Payback’s visuals are boosted by a higher quality of texture detail, a higher shadow quality, as well as reflections that look pretty good (though in comparison to some other games on the platform such as Forza Motorsport 7, they just don’t hold up as well). There’s also decent ambient occlusion, though Payback unfortunately falters in terms of distant LODs. Distant LODs is the one area where the PS4 Pro version of the game seems to have an edge over the Xbox One X. In every other area, such as shadow quality, reflection details, and ambient occlusion, the PS4 Pro version of the game is lagging behind its Xbox One X counterpart visibly.

Ultimately, it’s pretty clear that the Xbox One X version of Need for Speed Payback is the best looking version of the game. It should be noted though, that this is a pretty good looking game to begin with, so if you do decide that you want to play it (we wouldn’t recommend that, given how many other new and great racing games there are out there right now), you can’t really go wrong with either the PS4 Pro or the Xbox One X as far as the visual quality goes. The One X has a very clear and visible advantage, but it’s not as big a gap as you’d see in some other games, such as Ghost Recon Wildlands.