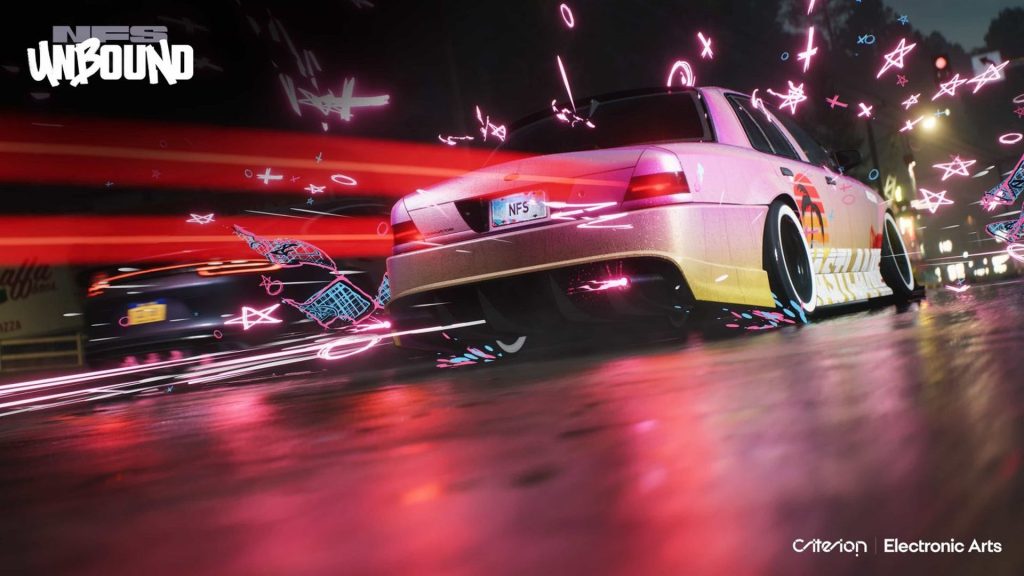 After its snap reveal earlier this month, we’ve been awaiting more gameplay footage of Criterion’s Need for Speed Unbound. Last week saw the studio showcasing and discussing Tags, Wraps, and more, like the influence of street art. A new gameplay video has been announced for tomorrow at 8 AM PT/5 PM CEST, and the focus seems to be on cop chases (judging by a recent tweet).

Additional gameplay, from jumps to boosting, was showcased near the tail-end of the teaser clip so tomorrow could offer a more extended showing. It’s already confirmed that Lakeshore City’s cops are more “tactical,” with unique strengths and weaknesses for each vehicle type. Players can pursue chases with a large degree of heat, or forgo them altogether by using a police scanner and spotting.

Need for Speed Unbound is out on December 2nd for Xbox Series X/S, PS5, and PC. For more details on its campaign structure, head here. You can also learn more about the new Takeover Scene mode, which A$AP Rocky leads here.